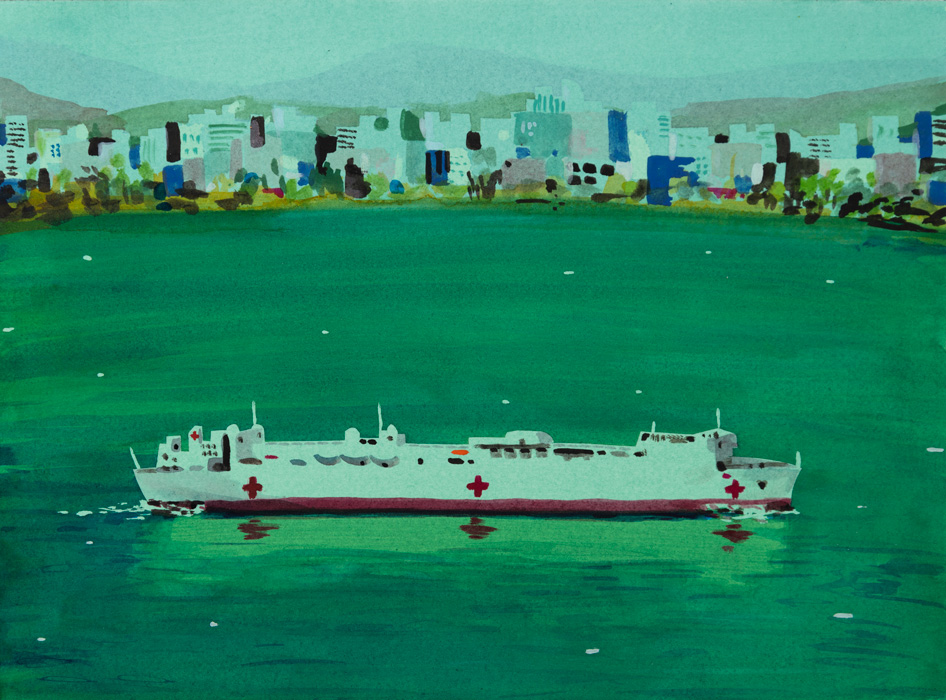 After more than a year’s worth of pandemic upheaval, the museum world is still navigating choppy seas. No one can be sure of when “normal” times will return, or what a “new normal” might look like.

But despite ongoing uncertainties, museums are making a herculean effort to serve the public and lay the groundwork for better days.

“COVID-19 has been a really interesting learning opportunity for museums in general,” said Jade Powers, assistant curator at Kemper Museum of Contemporary Art. “This is a really nice time to think about how we can reach a broader audience with our virtual programming.”

Maintaining such an optimistic attitude takes courage as well as hope in such tumultuous times. The Nelson-Atkins Museum of Art ignited an art world controversy last October when it laid off 36 employees, including photography curator Jane L. Aspinwall.

The museum encountered tumult at its doorstep when museum security permitted Kansas City police to use museum property as a staging area in connection with Black Lives Matter protests on the Country Club Plaza, a decision quickly reversed by Director/CEO Julián Zugazagoitia.

At one point there were discussions about changing the Nelson-Atkins’ name to stop honoring William Rockhill Nelson due to his connections to Kansas City’s racist past. Nelson, 1841-1915, donated his home and estate for the establishment of the museum. He also was the co-founder of the “Kansas City Star.” In a 2020 series, the Star said Nelson must be held accountable for his role in decades of racist coverage by the newspaper, in addition to racist real estate covenants Nelson used as a developer. At press time the idea of the museum dropping Nelson’s name seemed to have died down, though museum officials did not confirm that.

“COVID-19 has been a really interesting learning opportunity for museums in general.”

William Keyse Rudolph, Nelson-Atkins deputy director of curatorial affairs, said the museum’s “talented curators have spent the winter diving into our collections and collaborating together and have a great year ahead of programming rooted in our world-class holdings, our histories and our communities unfolding now and into the summer.”

Rudolph said the museum was offering an immersive, multi-sensory experience with its “Water Lilies” exhibit, which will present Monet’s painting with a light show and soundtrack of nature sounds from Monet’s garden. (See Arts in Brief, p. 27.)

“Beginning in late spring and continuing each month through August, our visitors will see dynamic installations of our collections in the Bloch Building that showcase photography, Asian textiles, a rediscovered micro collection within our British decorative arts, and a collection-spanning exploration of the very beginnings of our museum,” Rudolph said. “We’re also extremely excited about a collaboration with the African American Artists Collective that will go on view in June.”

Kemper Museum closed in March 2020 and reopened in October. While it was closed, the museum put its programs online. “Our school programs actually expanded, because online education was incredibly needed,” said Executive Director Sean O’Harrow.

A show by Rafael Lozano-Hemmer, a Mexican-Canadian electronic artist, was moved from 2020 to 2021 because the artist became ill with COVID.

The Dyani White Hawk “Speaking to Relatives” exhibit opened at Kemper Feb. 18 and continues to May 16. The 10-year survey of painting, sculpture, photography, video and installation presents White Hawk’s unique merging of the visual language of abstraction with Lakota art forms and acknowledges the significance of Indigenous art as American art.

“Kemper Museum will continue to bring forth engaging work that is thought provoking and forward thinking,” Powers said.

When Hartman arrived at JCCC’s former “Gallery of Art” in 1990, its collection amounted to 50 works. When he departed, the collection encompassed nearly 2,000 works valued at more than $50 million.

“I had targeted the beginning of 2021 as when I would retire,” said Hartman, 64. “I knew that the collection and programming of the museum were in a very good position.”

The Nerman closed March 14, 2020, in response to COVID. At press time, a notice on its website said it was currently open only by appointment for JCCC classes and Art Museum Youth classes.

“There were some projects that I had hoped to complete that COVID prevented me from being able to do, like installing sculptures on campus,” Hartman said. “They will get installed later this spring and this summer. But we continued to work on exhibitions on the first floor, which we’re just completing. They will be on view when the museum reopens.”

The Nerman has bulked up its collection over the past year. “Many artists were in great need to sell work,” Hartman said. “Many galleries were not open. So, we acquired works from artists and galleries to get them through this tough period.”

Despite ongoing uncertainties, museums are making a herculean effort to serve the public and lay the groundwork for better days.

The acquisitions include six artistic interpretations of COVID-19 masks made by Native Americans and Indigenous people of Canada, as well as a painting by artist Lee Piechocki depicting the USNS “Mercy” hospital ship entering Los Angeles harbor last year to ease the strain on California hospitals.

The American Jazz Museum was closed due to COVID from early 2020 until mid-June of that year, when it opened at reduced capacity. The number of visitors to the museum declined 65 percent from 2019 to 2020.

“It continues to be sort of an unusual time in dealing with the pandemic,” said Rashida Phillips, executive director. “But it’s been an opportunity as well, to be able to shift some of our programming to a digital version, in ways that we can get ourselves out to the public.”

Phillips said jazz not only provides enjoyable entertainment, but bolsters community wellness. “We recognize there is a physical health impact we have to be careful about, but there is a mental health impact also. For the people who are cloistered and shuttered away, we don’t want them to feel that there is nothing here for them.”

A Paycheck Protection Program loan in May-June 2020 helped significantly with the museum’s budget and helped it pull some employees out of furlough, Phillips said. “But our budget had stabilized before the pandemic. What we are challenged with now is moving forward.”

Currently on view at the museum is an exhibit titled “Jazz and the Black Aesthetic,” which continues through April 25. “It is a group show of amazingly talented Black visual artists, here in the city, who have come together to look at jazz and Black expressions in that movement,” Phillips said.

The Harry S. Truman Presidential Library and Museum in Independence closed in July 2019 to embark on a $30 million renovation.

“We had planned to be back open about 14 months after that, say September or early fall of 2020,” said Director Kurt Graham. “At that point COVID had different plans for us, so we couldn’t reopen. Also, there were some disruptions to supply chains, so some of the construction was delayed. The fortunate thing is we were planning to be closed most of this time anyway.”

Graham said there was no timeline as to when the library and museum will reopen. That decision is up to the National Archives and Records Administration, which oversees all 13 presidential libraries.

“But we are more or less ready to open now,” Graham said. “We’re going to begin very soon the process of installing the artifacts into the newly designed and installed cases.”

The renovation includes creation of a new exhibit called the “Cold War Theater.” It will show the connection between the rebuilding of Europe after World War II and the “Cold War” that ensued between the United States and the Soviet Union.

“It wasn’t just a single thing Truman did that brought the world out of the crisis of World War II,” Graham said. “There were many, many things that he did. We can look to Truman. There are many, many things we need to consider about how to advance peace and prosperity for as many people as possible.”