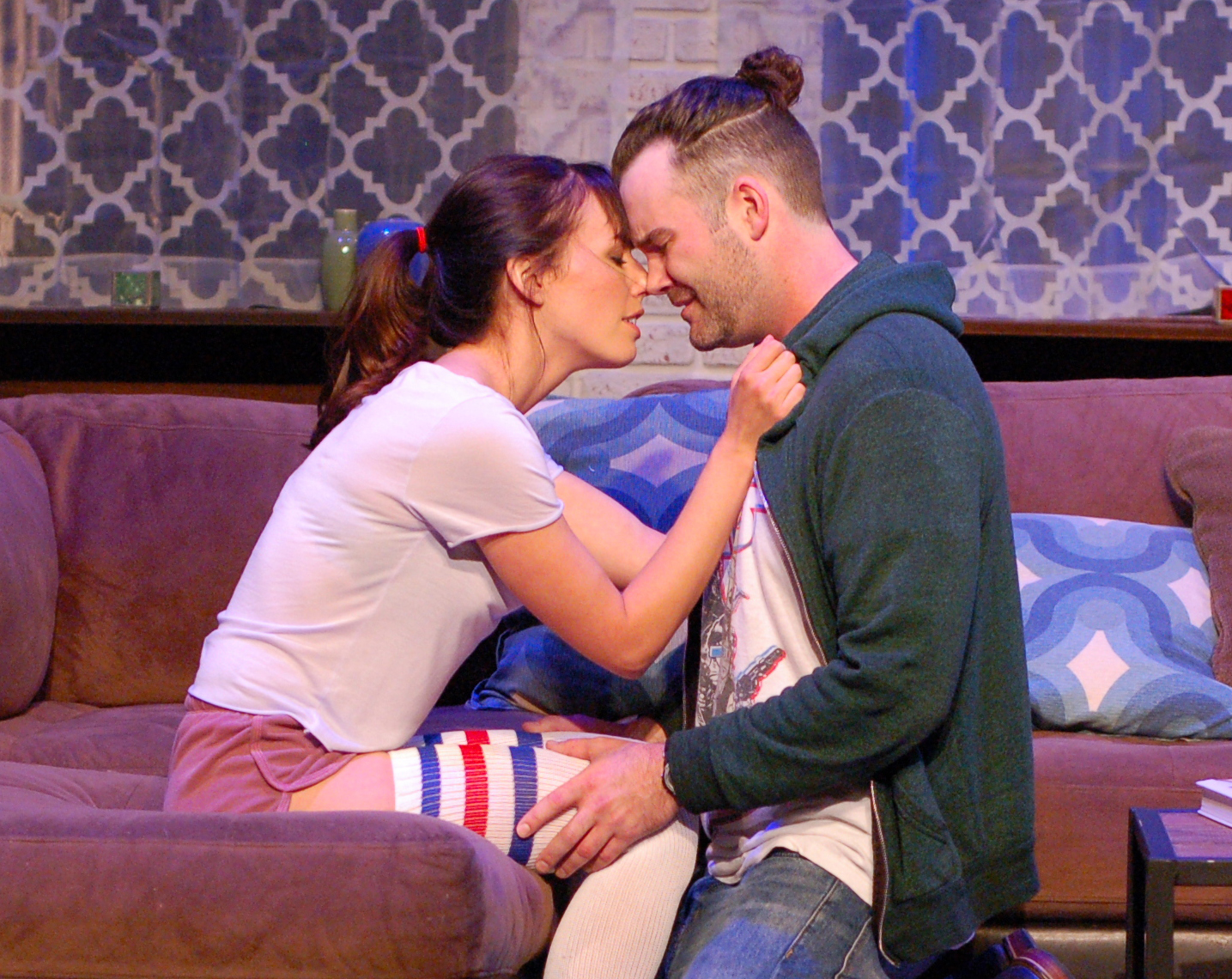 I wish I could say how many times “whatever” is uttered in the meandering dialogue of The Way We Get By. But I wasn’t counting.

Nor did I tally the repetitions of “like,” another place-holder word employed by the inarticulate. “Whatnot” makes a handful of cameo appearances. Incomplete sentences and thought fragments abound.

Playwright Neil LaBute’s two-character play, ostensibly a life-changing encounter in the afterglow of what appears to be a one-night stand, is an indulgent exercise — an attempted romantic epiphany whose potential for emotional resonance is buried under LaBute’s “realistic” dialogue and coy plotting.

LaBute has written a few good plays and made some interesting films. This not one of them.

The Unicorn Theatre production, directed efficiently by Darren Sextro, features two hard-working performances by appealing young actors — Molly Denninghoff as Beth and Matthew Schmidli as Doug. But the script is the script.

In the early going, LaBute allows us to believe that Doug and Beth have hooked up after a chance encounter. Ultimately, however, LaBute smacks us with a Big Reveal that fails to redeem the play — because the revelation turns out not to be so big. It’s as if the playwright was less interested in reaching audiences than toying with them.

LaBute’s theme is commitment. Can we follow our hearts despite the high stakes and daunting challenges? His is not the first and certainly won’t be the last play to take a look at that question. But his treatment is so superficial that some theatergoers may resent the time invested. It’s almost impossible to care about what happens to these annoying, self-absorbed characters. The good news is that the piece is contained in one act that runs about 70 minutes.

Schmidli does a good job of making LaBute’s frequently fragmented dialogue sound plausible and he gives Doug enough behavioral tics to make him an interesting presence. Denninghoff is less successful, although her performance gains intensity as the characters are motivated to express their “true” feelings. (I have to question why Denninghoff’s hair, after a night in the sack, looks perfect when Beth makes her first appearance.)

Scenic designer Bret Engle’s set includes the apartment living room, a hall leading to the bedrooms and a fire escape seen through a window. It looks like a nice place. I wouldn’t mind visiting. The other technical credits are as polished as they usually are at the Unicorn.

So here we have two good actors, a skilled director and talented designers. How nice it would be to see the same group work on a play worth the effort.