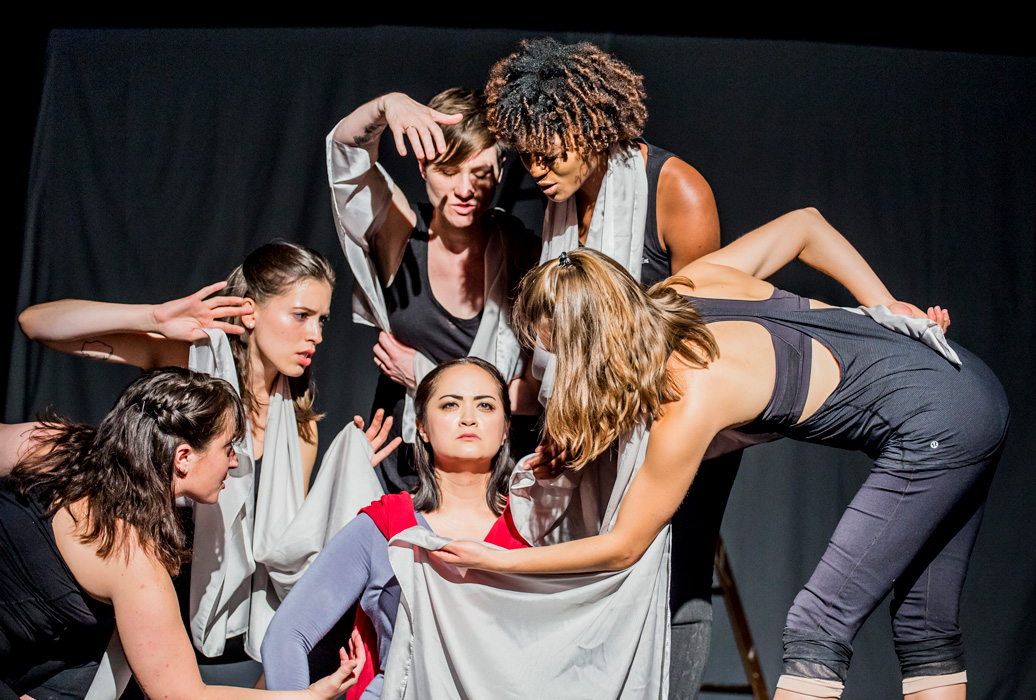 Productions on Tap by Forge Repertory Theatre, The Kansas City Public Theatre, The Blackbox on Troost and Confluence Theatre Company

Kansas City theater is all about starting small.

What became Kansas City Repertory Theatre, for example, began at UMKC as a summer repertory company that performed in an un-air-conditioned space lovingly referred to by Rep veterans as the Quonset Hut.

The Unicorn Theatre began life in an unheated building in the City Market before embarking on a semi-nomadic existence that led to its current — and permanent — home near 39th and Main.

The Coterie, the respected young audiences theater at Crown Center, began life in a vacant retail space at the shopping center.

And so it goes.

At the moment the city is home to several “established” small companies that came online within the last 10 to 15 years. Among them are Spinning Tree Theatre, the Living Room, the Black Repertory Theatre of Kansas City, KC MeltingPot Theatre, the Metropolitan Ensemble Theatre and MTH Theater at Crown Center.

But in the last year or so, several fledgling theater organizations have surfaced. Here’s a quick rundown:

Worth noting: Lanker, Clifford, Fortney and Rose are all former staff members at Metropolitan Ensemble Theatre. And Crenshaw has performed there.

“We all have shared experiences that have guided us forward,” Lanker said.

Forge will try something new for Kansas City: a tiered ticketing system that allows theatergoers to pay as little or as much as they want. Inspired by the ticketing policy at the Flux Theatre Ensemble in New York, theatergoers will have a choice of donation levels based on each production’s budget.

According to Crenshaw and Lanker, it will work like this: A patron can reserve a ticket to any show, at which time the company will share with the theatergoer three different budgets for each production — a minimal production budget (the cost of paying artists and renting the space), a second budget that would allow everyone involved to earn minimum wage, and a third based on cast and crew earning an actual living wage. Using that guideline, theatergoers can pay as little or as much as they choose.

“The assumption going in is that there will be people, many people potentially, who don’t want to or can’t afford to donate at all,” Lanker said. Part of the goal is “educating the audience about the cost of producing art.”

Crenshaw admitted the approach comes with bit of anxiety: What if an audience shows up and nobody pays? But there’s another goal — to make theater more accessible by “taking away and demystifying the process of going to the theater and doing away with these unspoken rules . . . that drive people away from the theater.”

Lanker put it this way: “We love a zero-dollar ticket as much as a $50 ticket. We want you to be here regardless of the contribution level you’re comfortable with.”

An immediate goal is for the company to become a not-for-profit corporation on the state and federal levels. Before that becomes official, the company accepts donations through its relationship with Fractured Atlas, a service organization for nonprofit arts groups.

In its initial season, the company plans to hire some Equity actors with guest-artist contracts. Eventually, however, the goal is to become an Equity theater as well as a true repertory company, like Missouri Rep (now KC Rep) was in its early days.

“Along with this living ticket and living wage idea, we’d like to have it be a true rep company and hire a company of actors for an entire season and pay them a living wage,” Crenshaw said.

The season: “On the Verge of the Geography of Yearning,” by Eric Overmeyer, Dec. 7 – 15; “The Secret in the Wings,” by Mary Zimmerman, March 5 – 22; and “John Steinbeck’s The Grapes of Wrath,” by Frank Galati, April 30 – May 17. All performances will be at the Blackbox at Fishtank, 1060 Union Ave. For more information visit www.forgerep.org.

The Kansas City Public Theatre was founded in late 2017 by Elizabeth Bettendorf Bowman and Nathan Bowman, who met as theater students at Northwest Missouri State University. Some performances are at the Capsule, a small Charlotte Street Foundation space near the Kauffman Center, but the company also stages work in unorthodox venues.

In 2018 KC Public staged “Medea: An American Tragedy,” an update of the classic by Euripides by Nathan Bowman, at the Brush Creek amphitheater and at KC Fringe. The company also staged Lanford Wilson’s “The Madness of Lady Bright” at Hamburger Mary’s.

The company’s Theatre Lab Season, dedicated to single performances of new and experimental work by Kansas City-area writers, began in September and will continue through May.

“We also have what we call the soap box,” Elizabeth said. “We take it around and you can get up on the soap box and say whatever you want.”

Topics have included Marvel vs. DC comics and pros and cons of a downtown baseball stadium.

“When it’s nice out we try to be out once a month, anywhere there’s between 10 and 30 people.”

Like the organizers of Forge Repertory Theatre, the Bowmans believe theater needs to be accessible to a wider audience.

“Nathan and I are history nerds,” she said. “People used to go the theater to express your opinion and hear ideas. We’ve both been in theater long enough to realize that our audience is not young. We want to make it less intimidating. You don’t have to put on a tie and pay 40 bucks for a play you might completely hate. So you can go with low pressure.”

That’s why the company chooses to stage shows at unconventional venues.

“We’re taking down those barriers,” she said. “If it’s in your neighborhood, you can try it, and maybe you’ll like it. And if you don’t, maybe you’ll try it again.”

In other words, being nomadic is a strength.

“We can find locations and come to the people,” she said. “We’ve had several productions where people will just be walking by and say, ‘Hey, what’s this?’ And then they stay and see a play.”

For more information, go the company’s website at www.kcpublictheatre.org.

The Blackbox on Troost, a small venue at 4001 Troost, began as a Charlotte Street Foundation neighborhood artists residency pilot program. In October, playwright Cynthia Hardeman took over the venue’s artistic direction, although the performance space will remain under the Charlotte Street umbrella for the next year or so.

The KC Public Theatre production of “Miss Julie,” scheduled for October, was to be the venue’s first full production.

“We’ve had readings and other one-event performances,” Hardeman said. “It’s a mix.”

And yes, Hardeman acknowledged, audiences were likely to see some of her material as well.

“In November we have Brother John doing his Fringe Festival performance that won the awards this year,” Hardeman said. “On first Saturdays we have a ‘pitch day’ when members of the community can come and pitch an idea about what they’d like to see at the Blackbox. Sometimes the answer is, ‘Yes, we can do that,’ or sometimes it’s, ‘Come back in a month and we’ll see.’”

Amy Kligman, Charlotte Street’s executive/artistic director, said: “The point was to connect some artists who were both local to the Troost community and some who were just interested in working with communities.”

The Confluence Theatre Company, founded in 2018 by Logan Black, Alisa Lynn and R.H. Wilhoit, announced its presence with an unconventional production of William Shakespeare’s “Measure for Measure” at the Squeeze Box, a small downtown venue.

“The original idea came from wanting more opportunities to do Shakespeare,” Black said. “That’s where my big passion lies. I’ve done three shows with Heart of America Shakespeare Festival and it’s wonderful to be out in the park, but out of all the theaters in Kansas City there’s usually only one opportunity in a year to do Shakespeare.”

However, in October the company presented a contemporary play, “Wicked Creatures” by Kansas City playwright Emma Carter. Black said the dark comedy is about a woman who pioneers different forms of birth control in the 1880s. Because the subject is verboten in “polite” society, she is forced to chain a man in a basement and then hire a prostitute in order to conduct her research.

Black said the show reflected an early decision by the founders to perform contemporary plays in addition to Shakespearean classics — especially material addressing issues relevant to women and minorities. “Wicked Creatures,” for example, called for a cast of four women and two men — an inverse ratio compared to many plays. “And the women are the driving force behind the play,” Black said.

At the 2019 Fringe Festival, the company presented “Scream in Blue,” a dance piece in the Japanese butoh tradition. Logan said the goal is to have a show in the Fringe Festival every year.

In 2020 the company will return to Shakespeare when Logan directs the seldom-produced “Richard II.” The show has yet to be cast.

For more information, visit the company’s Facebook page at www.facebook.com/Confluencetheatre.