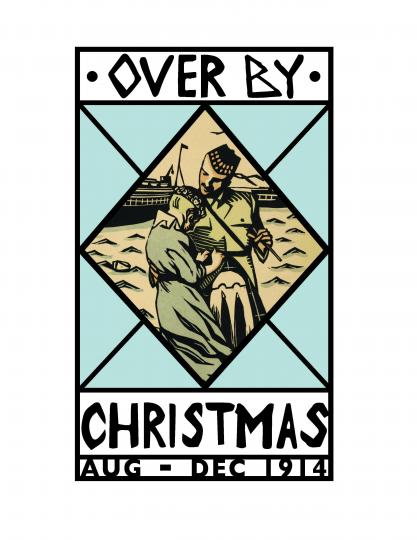 Opening Saturday May 3 and running through March 29, 2015 in the Exhibit Hall, Over by Christmas: August to December 1914 is an inaugural Museum exhibition in observance of the World War I Centennial in conjunction with On the Brink: A Month That Changed the World in Memory Hall.

With war moving throughout Europe and thousands of men were volunteering, there was a hope that World War I would not take long and perhaps be over by Christmas 1914. To many, Christmas was a time of peace and goodwill toward others, the celebration of the Prince of Peace.

Senior Curator Doran Cart has arranged the special exhibit from objects in the museum collection to best emphasize the first few months of the war. The transition from civilian to military is apparent, including in some of the familiar objects that tell a good story. A beer stein owned by Sgt. Friedrich Froebel is a recent acquisition. Froebel was involved in conflicts in Belgium and Poland. 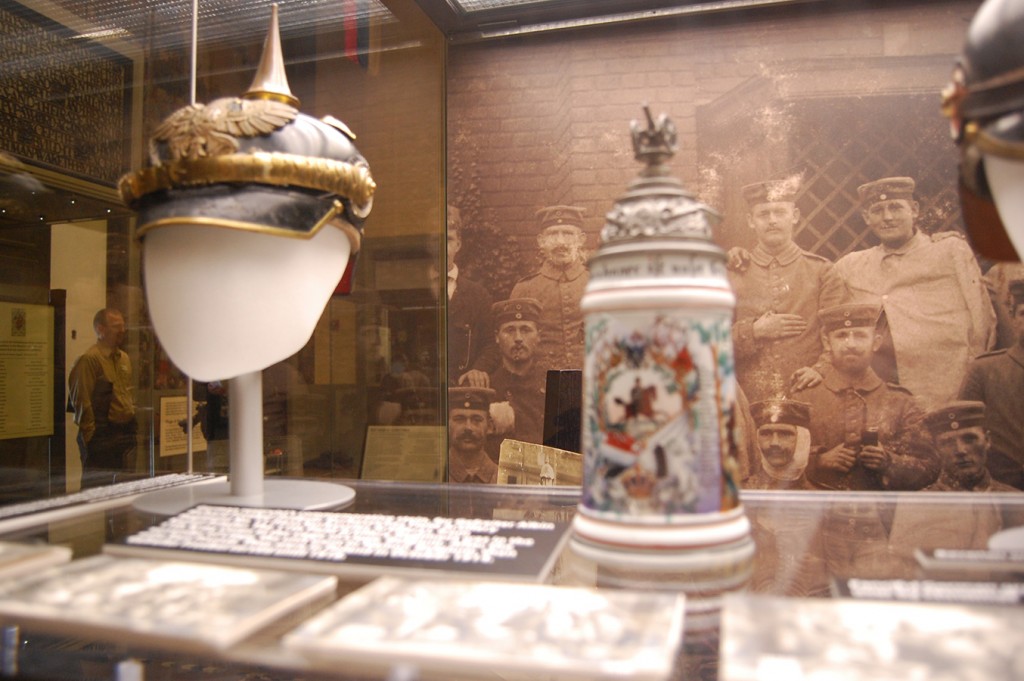 “Wars don’t follow plans,” Cart says. “Throughout the exhibition, I try to offer lessons and what lessons could be learned in the humanity. You can see who made an item, wore it, died from it and so forth. We explore the use and the change and many of the items have not been previously exhibited in the museum. People will have the opportunity to see new objects. It’s a fresh view point. Our exhibition is encyclopedic and it is great that we can draw on our own extensive collection.”

Cart says the exhibition is continually growing and has been since 1920. “As a matter of fact, one of the leading researchers on World War I, Sir Hew Strachan visited and was impressed with the museum’s global view point and interpretation.”

War was romantic. War was colorful flags, spiked helmets and flashing sabers. War was an adventure. Those called to arms would be heroes, defending their homelands and way of life. Over By Christmas: August-December 1914 examines these romantic notions colliding with the harsh realities of war. The exhibit highlights the first five months of the war through specific topics or case studies including: Germany Mobilizes and Germany’s Rush to War, Invasion: Belgium and France and War in the East. 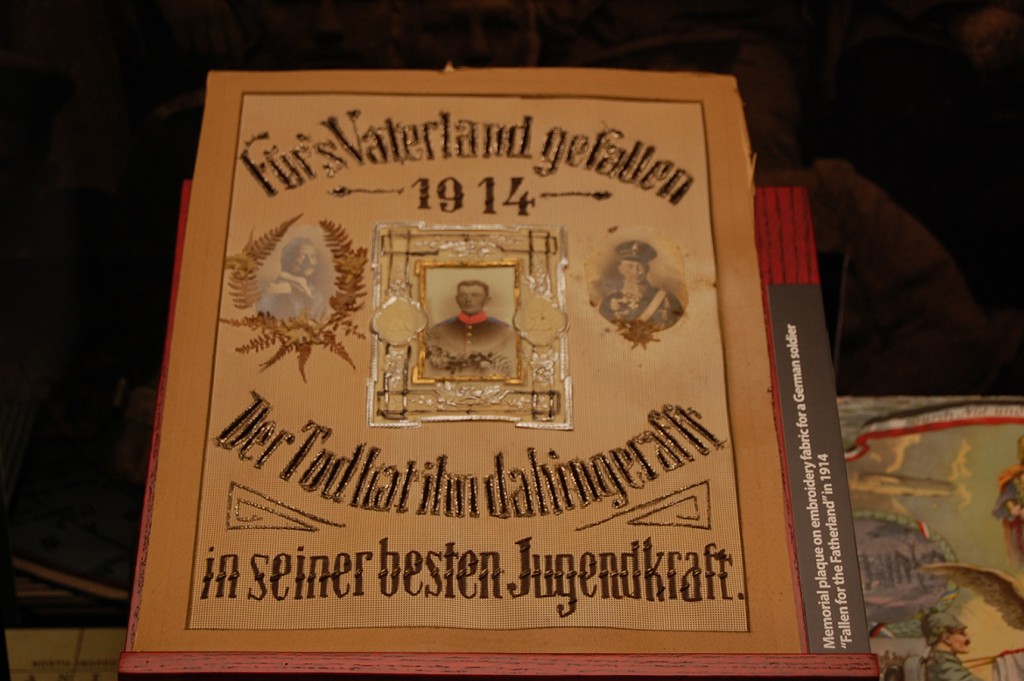 Objects and documents featured in Over by Christmas are from the extensive and diverse collection of the National World War I Museum. Most items have not been exhibited before with several recently acquired just for this special exhibition, giving new and repeat visitors a fresh viewpoint on the critical first months of the war.

Another exhibit that had a strong impact marks the beginning of the British involvement. By the end of August 1914, more than 300,000 men had volunteered for the service and by Christmas, more than 1.1 million had enlisted.

One prominent case study featured in the exhibition stems from the early war in the Pacific with the S.M.S. Cormoran. Waves crashed against the hull of the Russian mail steamer, the S.S. Rjasan in the Straits of Tsushima north of Japan in a rough sea on Aug. 4, 1914. A lurking German raider, the S.M.S. Emden, spotted her as quarry. The Rjasan (originally built in Germany) was captured and soon brought to the German-controlled port of Tsingtao, China and renamed the S.M.S Cormoran. A brass and glass porthole, the lower end of a copper voice tube used to communicate between decks and an engine room steam gauge made by Schaffer & Budenberg in Magdeburg, Germany are among the exhibited items.

The exhibition showcases objects that represent different aspects of the war, including: