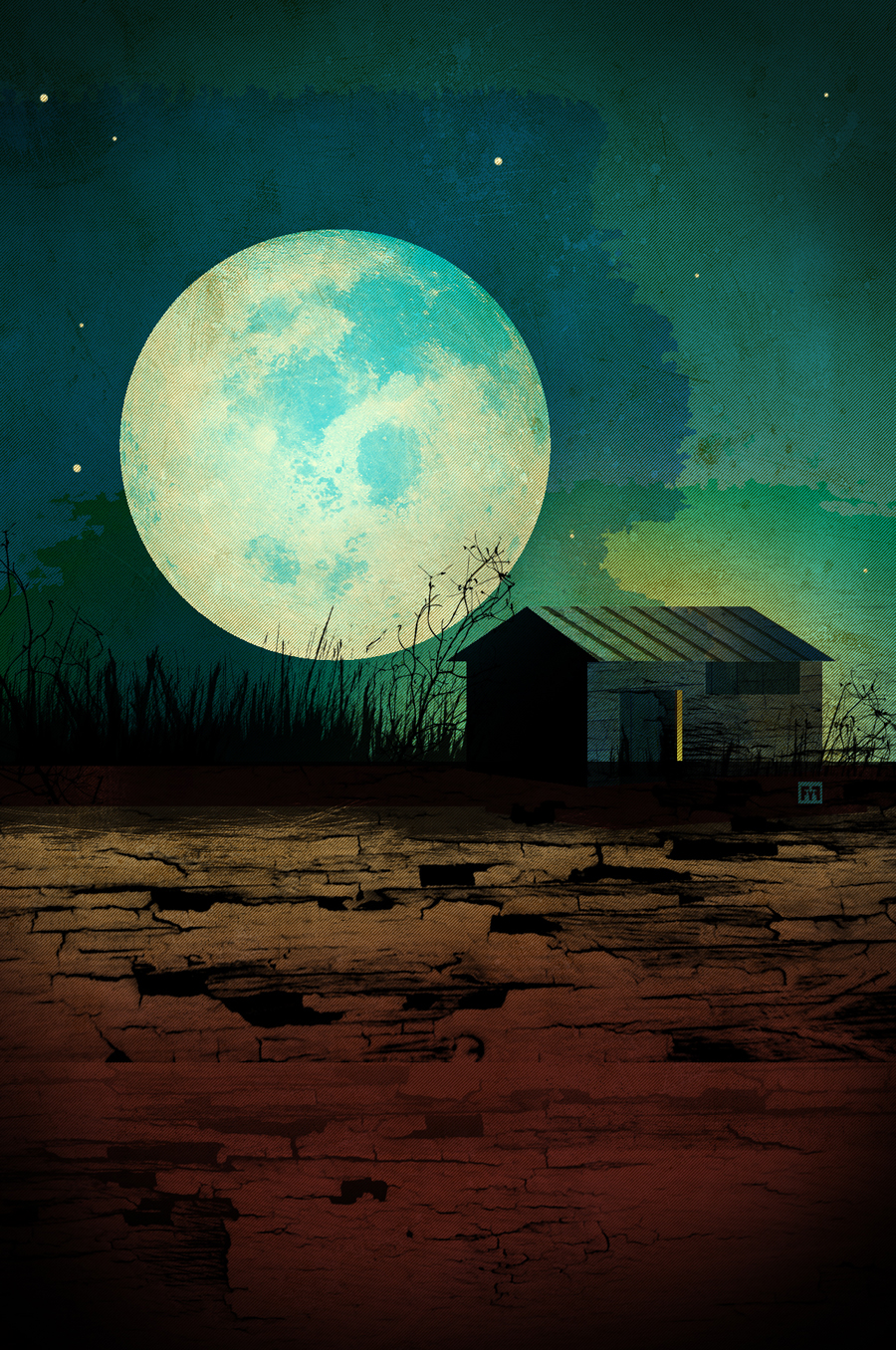 Spectrum Fantastic Art Live 3 is described as “an art fair with a sense of wonder.” The exhibition runs May 9-11 at the Bartle Hall Grand Ballroom. For several local artists, the chance to be seen alongside industry leading illustrators, artists and graphic designers, marks a chance to share their creativity in the ever-expanding world of fantasy art. More than 150 artists are already listed as exhibitors. The artists are distributed among the display exhibitors and Artist Alley.

Event co-founders Cathy and Arnie Fenner started a compendium, an annual book, about 20 years ago and that book has grown in popularity and reach, including an international draw. “What we have experienced through the years it that these originators of this art are often shoved through the periphery of comic book and other fan shows,” Arnie says. “They don’t get the recognition they deserve and with an art show like ours doesn’t include that added competition. The art show is an event that will allow a lot of people to come and artists can meet their fans. So often artists would in anonymity and don’t get credit for drawing the book covers, video games and more. They are unknown to the public.”

Some of the special guests include Iain McCaig, a concept artist for the most recent Star Wars movies as well as the one in development; concept artist Paul Tobin from New Zealand who had a hand in design for The Hobbit films such as the dwarves and elves; comic artist Frank Cho whose work has included Spider-man issues; and Anthony Kosar, the winner of season 4 of Face Off, who will offer a live sculpting event.  “It doesn’t matter if the artists are part of multimillion dollar productions or those with an Etsy store, the artists treat each other with respect. The fair is an amalgam of art fair, portfolio event, career exploration … it is an umbrella that all can step under …”

Bryan Fyffe participated last year in the art show. “The show has an amazing amount of talent,” he says. However, Fyffe wants to see the word out get there about this unique artist show. “This genre of art is not typical,” he says. “Spectrum is a place where you can walk up to artists and talk to them. They are waiting to do sketches and sign prints.” Fyffe also participates in Planet Comicon and Wondercon.

Fyffe attended the Columbus College of Art and Design and moved to Kansas City to work at Hallmark. He spent five years as an in-house children’s artist. He now works as a freelance artist designing a variety of work from toys to magazine art. Influences started when he was a child and read Scary Stories to Tell in the Dark and the creepy charcoal drawings by Stephen Gammell. Another influence has been Charley Harper, a Cincinnati-based American Modernist artist known for his highly stylized wildlife prints, posters and book illustrations.

He describes his art as “purely digital, iconic, darker and more atmospheric.” “I shoot pictures of textures, old paint, bathroom walls, textural images that warm up a minimal design,” he explains. “Historically, I have been a commercial artist, but in the last three years, there is a personal style that has developed if I am not working for a client or specific job. I have moved into prints and transitions into canvases and antique framing. I want a sort of luminescence almost like stage lighting. It makes the eye focus on a specific spot.” One of his latest projects is a piece featuring the Western Auto building.

Fyffe has shown art in places such as the Trickster Gallery out of Berkeley where Dark Horse comic book artist Mike Mignola serves as the gallery nucleus.  He was also part of a Dr. Who 50th anniversary art show where he created a Cyberman from the 1980s. He recently learned that he has been chosen as an artist for the Disney WonderGround Gallery where artists take on reinterpretations of the Disney icons.

He will bring prints and many framed works from 5 by 7 inches to larger stand-alone pieces in repurposed frames. As a child, he also found the double sun over Tatooine in Star Wars still impacts him. “It was a weathered universe, a lived-in universe and I liked that look,” he says.  Fyffe compares his work to Henri Matisse during his last years when it was more about shapes and forms. “In Photoshop I can edit and color, build the frames, and I can fix photographic textures in a more organic way.”

Ethan Patrick Harris jumped on the opportunity to be part of the Spectrum program. He knows that some stars from the 1960s are part of the mix. Artists that he has admired include illustrator Brom and the renowned Polish painter Zdzislaw Beksinski, both known for their Gothic style mixed with surreal and sometimes dark environment.

Harris attended the University of Kansas and Wichita State University where he studied graphic design, 3D design and some illustration. Now a full-time artist who helps care for two children along with his physician wife, Harris is fully rooted in his unique dark and organic style.

“It is a strange world where the characters are sort of dark, but most of them are not mean. They are more eerie. I enjoy taking the forms and twisting them, morphing them. I grew up in the country. As a kid, I loved being outside and in the country. I have always been surrounded by organic shapes and the flow of the line. There aren’t a lot of straight lines in my art.  I love the flow of the line and then multiple lines. I enjoy that natural rhythm and I bring in my own ideas to what I find in the natural world. I then twist it all.”

Harris’s singular vision started in his youth and his education and knowledge came in traditional and digital techniques. “I can take a pencil and let the creativity flow and that has been the pattern since I started drawing,” he says. “I am constantly coming up with ideas. Sometimes it comes in a flash and I have to stop and sketch out the image before it disappears. I can have a whole painting in my head. A lot of guys in the commercial world blend their art and computer skills. I learned I could take my drawings and paintings and finish them on the computer. It’s sure easier to undo your mistakes.”

Harris has a graphic novel in the works that may include some of the unconventional and anomalous characters he has already created. He also has works in a local gallery and would like to see more gallery offerings. “I will be bringing in prints of my more mainstream fantasy art and some original oil paintings, plus some other smaller prints and magnets. I also hope to see a more developed brand for myself. I am excited to bring my artwork out along with others who are friends and peers in this fantasy art world. I’ll keep this up as long as I am having fun.”

Dan Scott, a freelance illustrator, grew up in the Warrensburg area, attended the college there and received a degree in commercial art with an emphasis in illustration. He then moved to Kansas City to work as a production artist at Hallmark Cards. He started doing a few freelance commissions in 1996, but didn’t start full time as a freelance illustrator until 2006. Within a few years, Scott became an in-demand artist for such companies as Wizards of the Coast, Blizzard Entertainment, DC Comics, Marvel Comics, Dark Horse Comics, Games Workshop, Upper Deck, and EA Mythic.

Scott also found the annual art books established in 1993 by Cathy and Arnie Fenner with the intent to provide artists a showcase. The first book was published by Underwood Books in 1994. “I was a big fan and the lifetime goal is to get into that book. The Fenners are in my own backyard. From the standpoint and with the art show, I knew I would meet my peers, other freelance artists who work in their home studios or basements. It’s great for us to get out; we are fans of each other. Spectrum is one of the biggest names in the field.”

As far as artwork, Scott is 100 percent digital. “It was a gradual transition and as the years have gone by, I am most comfortable in the digital realm.” He is inspired by video games, comic books, and movies. Other artists such as Brom, Kev Walker, Paul Bonner, Phil Hale and Todd Lockwood are other influences. “I will go through what I created in the past year and what I am allowed to show, plus some of my old favorites.” Some of his latest projects include Magic the Gathering art and a Fantasy Flight packaging art.