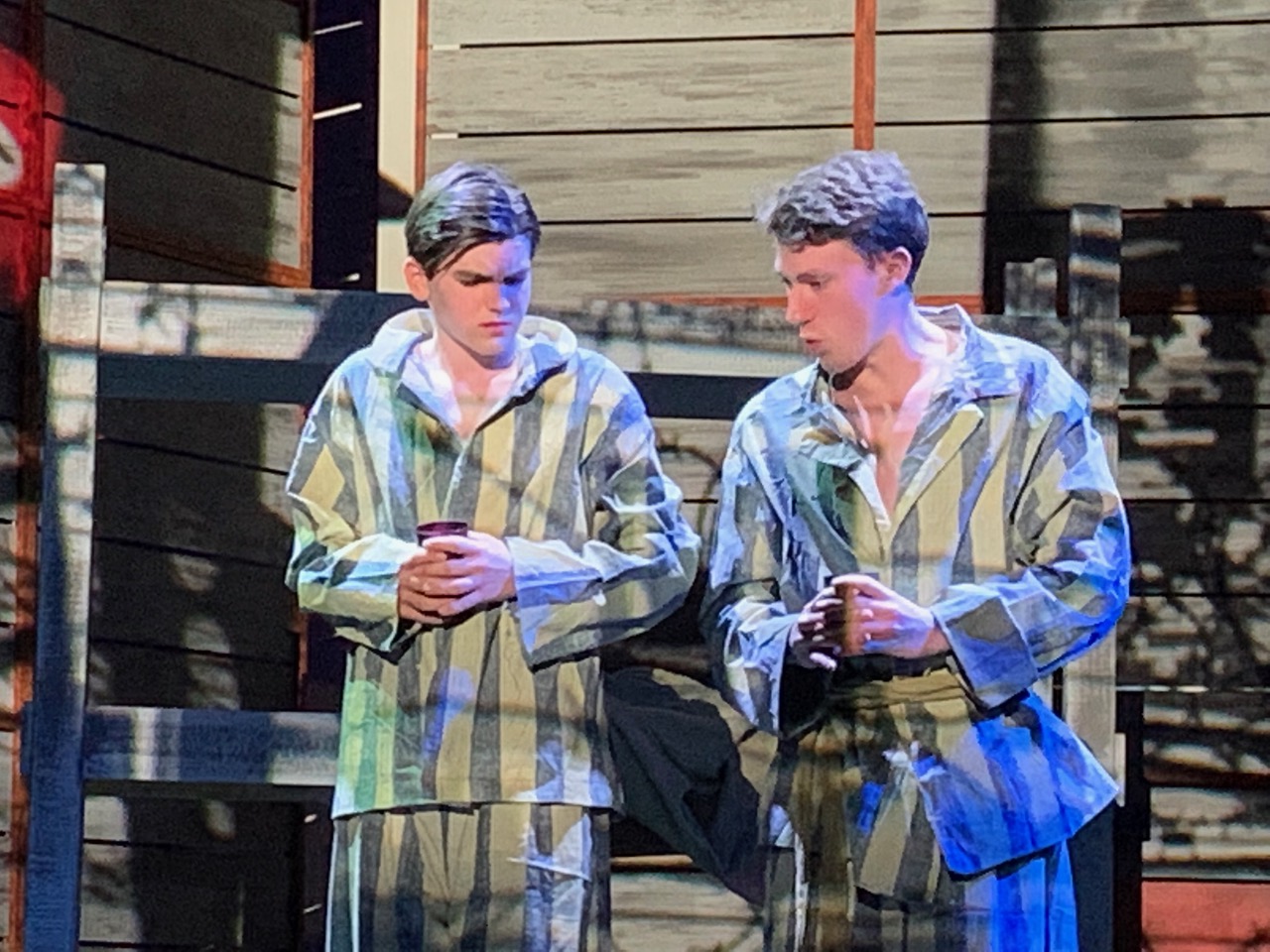 As far as “pandemic projects” go, writer Andrea Warren was exceptionally ambitious, adapting her own 2001 nonfiction novel, “Surviving Hitler: A Boy in the Nazi Death Camps,” into a stage production, commissioned by The White Theatre at The J. Given that this is her first foray into the medium, it’s an impressive success.

“Surviving Hitler” is the story of Jack Mandelbaum (Ben Renfrow), a Jewish boy from an upper-middle-class family in Poland, whose life is destroyed after Hitler’s rise to power. Separated from his family and subjected to an impossible range of inhumane horrors at five different Holocaust work camps, Jack made it through with the support of a few friendships, and by focusing on the idea that he could survive if he operated within the rules of his circumstances like a sort of game.

This framing—viewing survival as a game played through the eyes of a young teen boy—makes the story extra relevant for young audiences, especially young local audiences. Warren’s book is widely used in schools, having sold nearly a million copies, and it has special ties to the Kansas City area, as this is where Mandelbaum settled following the war. Along with his friend and fellow survivor Isak Federman, the two founded the Midwest Center for Holocaust Education, which serves as a narrative touchstone for the play as a young student reporter (Jay Allen) interviews an older Jack (Kevin Fewell, with a commanding and charming natural ease) about his experiences and the need for such a center in general.

The production values behind this show are phenomenal. Jeremy Smith’s sets, composed largely of tall, imposing, perpetually moving flats, and Justin Dudzik’s ethereal lighting and projections of barbed wire and smokestacks set a beautiful, haunting scene. Director Tim Bair, who also helped Warren adapt the story for the stage, keeps things moving with energy and elegance from start to finish.

“Surviving Hitler” is definitely a show for everyone, but with its narrative of gamified survival, framed around a young student journalist’s questions about the Holocaust, and a presentational epilogue, the play feels very youth-oriented. It’s practically begging for a second life as a school tour or field trip destination, and has the potential to be an exceptional addition to the WWII curriculum for Kansas City students moving forward.