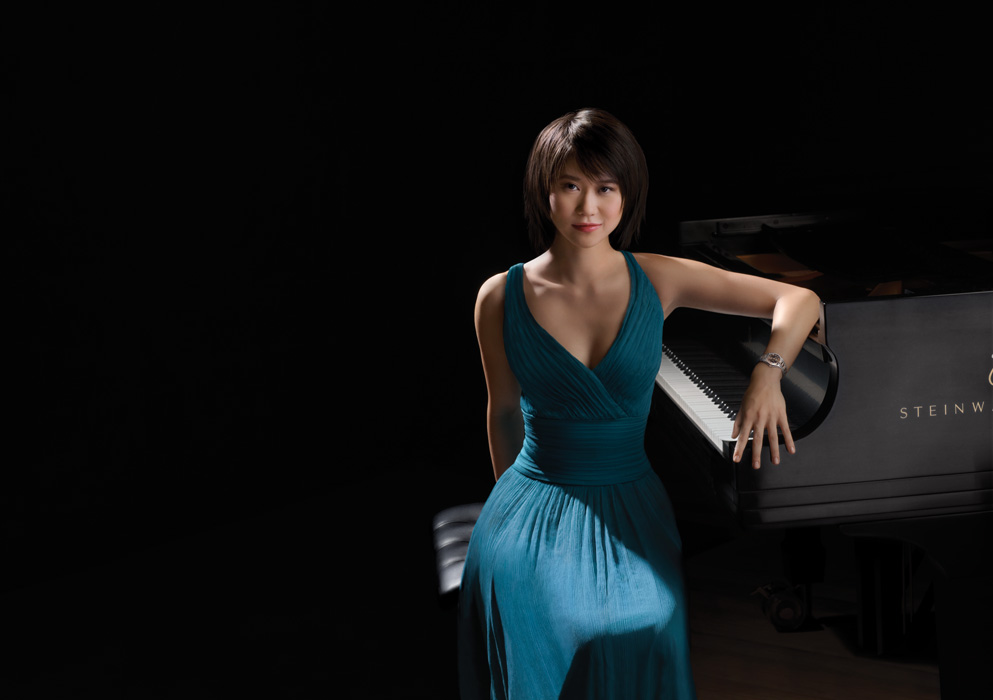 The Russian National Ballet Theatre, presented by the Harriman-Jewell Series, brings Cinderella to the Kauffman Center for the Performing Arts’ Muriel Kauffman Theatre on January 14. Led by Elena Radchenko, a former principal dancer with Russia’s Bolshoi Ballet, the 50-member company presents the RNBT’s version of the perennially popular Brothers Grimm tale of the servant girl who meets her prince and leaves behind a crystalline calling card on the steps of the palace.

The Russian National Ballet Theatre was founded in Moscow during the transitional period of Perestroika in the late 1980s, when many of the great dancers and choreographers of the Soviet Union’s ballet institutions were exercising their new-found creative freedom.  They were starting vibrant new companies dedicated not only to the timeless tradition of classical Russian Ballet, but also dedicated to reinvigorating this tradition as the Russians began to accept new developments in dance from around the world.

The Russian National Ballet Theatre is a product of this era of artistic rebirth, a period which continues to the present day. Set to Prokofiev’s lush score, Cinderella is driven by intimate and romantic pas de deux as well as sweeping stage pictures from the corps de ballet.

Harriman-Jewell Series audiences also can look forward to the best in spectacle and music as the 2015-16 season progresses through the winter months. On February 15, The Band of the Royal Marines and the Pipes, Drums, and Highland Dancers of the Scots Guards bring distinctive colors and sounds to Helzberg Hall with a Presidents’ Day performance that salutes the ongoing alliance between British and American military forces. The evening’s program features bagpipes, traditional military marches, drum solos, Celtic dancing, and beloved songs.

Also on tap for the winter season is the Russian National Orchestra, which brings its internationally acclaimed music-making to Helzberg Hall for a Sunday matinee concert on February 28. Under the trusted leadership of its founder and artistic director Mikhail Pletnev, the program includes the dynamic and gifted piano soloist Yuja Wang performing Tchaikovsky’s Concerto No. 2 in G major. Shostakovich’s Festive Overture and Stravinsky’s The Firebird (1945) round out a sensational program.

A free Discovery Concert by violinist Ye-Eun Choi on February 20 at the Folly Theater offers audiences a chance to enjoy classical music without cost. The 26-year-old South Korean native is making her second appearance on the Series, having previously played alongside her mentor, the venerable violinist Anne-Sophie Mutter, as part of the Mutter Virtuosi concert. Print-at-home tickets are available at hjseries.org beginning two months prior to the concert.

A special engagement in a special setting is also on the horizon. The Nelson-Atkins Museum of Art and the Harriman-Jewell Series will collaborate for a film-themed concert by the legendary guitarist Bill Frisell, who brings with him an intimate ensemble including violist Eyvind Kang, bassist Thomas Morgan, drummer Kenny Wollesen, and singer Petra Haden. Frisell and company borrow the evocative song title When You Wish Upon a Star from Disney’s Pinocchio to sum up the role of music in classic film and television, illustrating the ways in which music shapes and informs our emotional relationships to the images we see on the big and small screens. Burt Bacharach and Hal David’s Alfie, Henry Mancini and Johnny Mercer’s wistful Moon River, and the brassy James Bond movie themes may make the set list for this sure-to-be-memorable event.