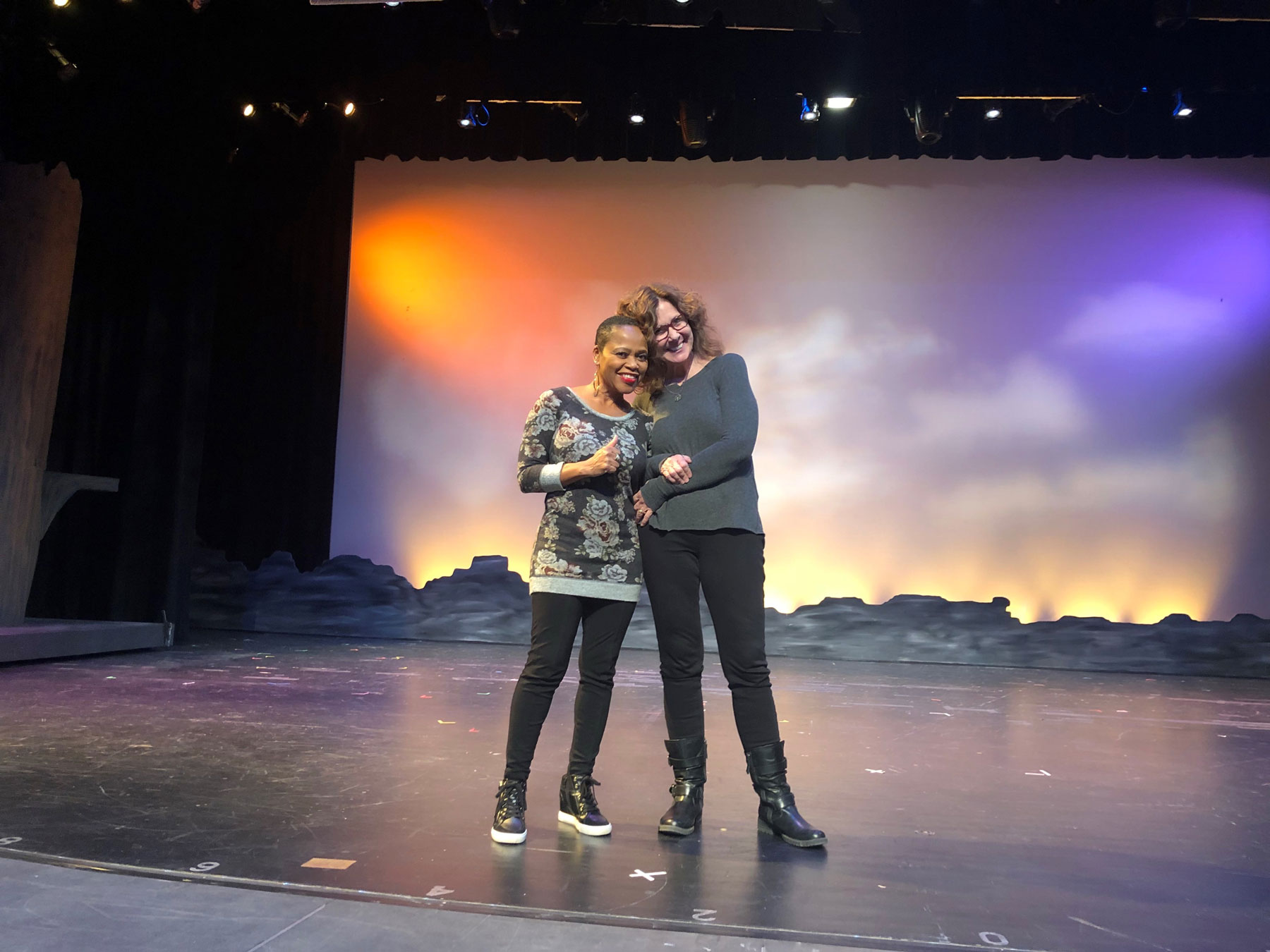 In April, the Jewish Community Center of Greater Kansas City will showcase the power of the arts to heal the human spirit by presenting “Fire in the Heart,” an uplifting evening of music, poetry, film and spoken word in the White Theatre. More than 20 performers from KC and beyond will be “speaking in the art forms that gave them the strength and inspiration they needed to rise above traumatic circumstances in their own lives,” according to the JCC-KC website.

Founding director and performer Deb Allen, based in California, tells her story of being raped at 15 by a teacher, and then sexually molested by a minister who was supposed to be helping her. A song by Leonard Cohen, “The Sisters of Mercy,” helped her begin healing. Allen created “Fire in the Heart” in 2012, and in her words, “began using her art form, theater, to save her life.”

Allen’s co-founding director Delores Burgess, from Atlanta, is a gospel recording artist, actor, ordained minister and life coach. After learning that she had breast cancer, Burgess created a one-woman show that utilizes multiple characters to share her healing journey and “to champion her wholeness.”

The JCC-KC production marks the third iteration of “Fire in the Heart.” Following shows in California in 2012 and 2016, Allen’s brother, Kansas City-area oncologist Dr. Ace Allen, told her about the film “Patient: A Surgeon’s Journey.” This inspirational story about Dr. Jeffrey Piehler and his struggle with cancer was made by Kansas City filmmaker Aimee Larrabee with the help of Dr. Peter Van Veldhuizen, among others. Van Veldhuizen’s involvement with the film inspired him to tell the story of his own childhood trauma.

Upon learning of these new stories of healing and the arts in the Kansas City area, Burgess and Allen began exploring the possibility of presenting “Fire in the Heart” again. With the help of Drs. Allen and Van Veldhuizen, they enlisted JCC-KC to present the show.

What should viewers expect? “This is an exhilarating and life-affirming celebration of hope, not a play about trauma, Allen says. “We’re trying to tell stories that are inclusive. We’re talking about our lives.”

Burgess adds, “A portion of the show is an interactive multicultural gathering. We all suffer something, and we can help each other.”

The Jewish Community Center of Greater Kansas City presents “Fire in the Heart” at 7:30 p.m. April 6 and 2 p.m. April 7 in the White Theatre. Tickets range from $14 to $30. For tickets and more information, thejkc.org.