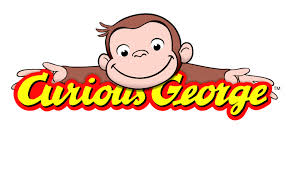 The insatiable curiosity of Curious George – the little monkey who has captured the imagination and hearts of millions of children and grown-ups for 65 years – comes to life May 25 to September 8 at Crown Center. The complimentary exhibit, Curious George: Let’s Get Curious! will introduce young children to Curious George’s world and lead visitors on a fun, meaningful interactive math, science and engineering-based adventure. The exhibit will be open in the Crown Center Shops Showplace, located on Level 1 of the Crown Center Shops at 2450 Grand Boulevard.

Based on the familiar characters in H.A. and Margret Rey’s classic stories published by Houghton Mifflin, the immersive exhibit environment takes place in the neighborhood where Curious George lives with his friend, The Man with the Yellow Hat. It is most appreciated by children ages 3 to 7. Visitors will recognize familiar characters and places featured in the classic stories and the PBS KIDS television series.

Visitors can operate wheels to help George climb a building, sort and weigh fruits and vegetables at the produce stand, use science skills to putt a hole of mini golf, have their picture taken with the rocket from George’s space adventure, building a whirligig in the country, and much more.