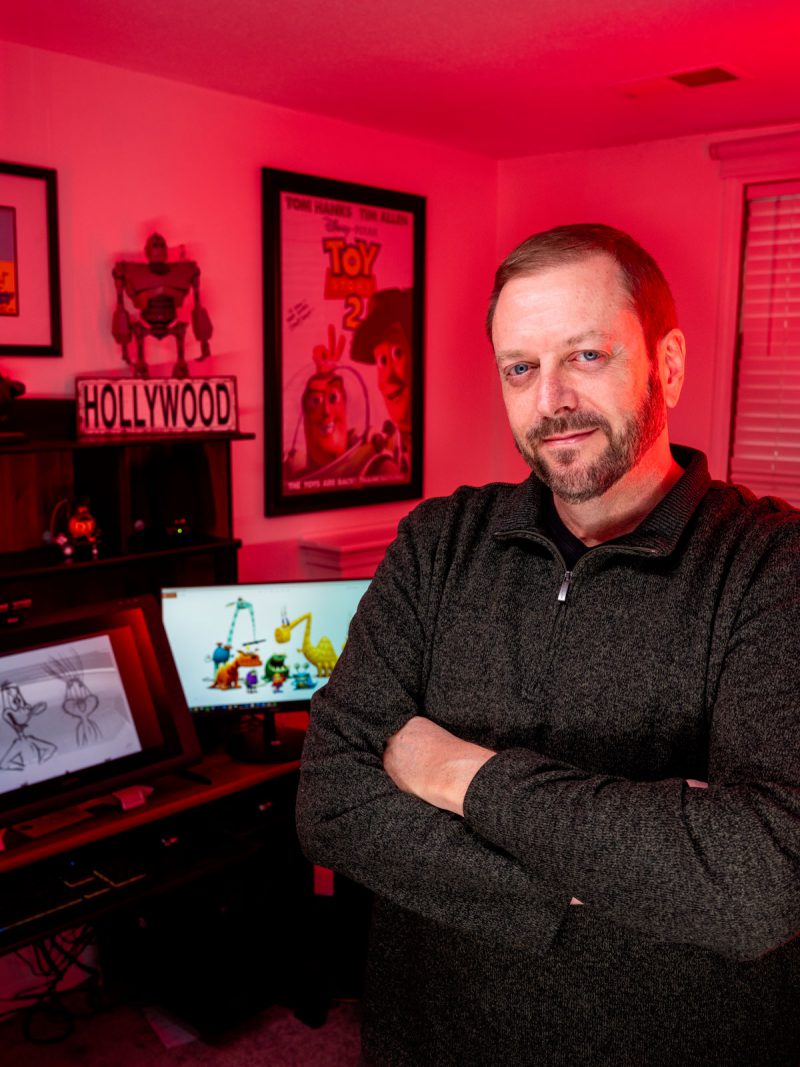 Cross-pollinating between film, television and video games, the next animation revolution is coming soon to a screen — virtually any screen — near you.

“I know it sounds unbelievable, but there are over 2,000 video game companies in the U.S. now,” Dell says. “Each company has a crew of animation artists from 10 to over 100 people. And 200 or more film and television studios are creating record amounts of content, while everyone is racing to create the Metaverse, where you can live in a video-game world online. The amount of digital art and animation it will take will be astronomical.”

Highly skilled workers will be needed to fulfill the animation industry’s projected 16 percent growth in the next 10 years, according to the U.S. Bureau of Labor Statistics, with talent coalescing in such animation centers as Los Angeles, San Francisco, Seattle, Portland, New York, Boston, Chicago and Austin, Texas.

But new animation hotspots will also have the opportunity to emerge, says Dell, a recently returned Kansas City native, whose wide-ranging animation credits include such TV classics as “The Simpsons,” “Family Guy,” “Scooby-Doo,” “Looney Tunes” and “Teenage Mutant Ninja Turtles”; visual effects work on live-action films, including “Life of Pi” and “The Thing,” and eight years as a CG (computer graphics) animator and cinematic director of video games.

“I wanted to share my experience in the business and bring something that I wasn’t seeing anywhere in the country to the city where I grew up.”

Dell would like to see his hometown become an animation hub. And he wants to help make it happen with his brainchild Hollywood Animation Academy, which he plans to open this fall in the Crossroads Arts District.

“I came back to Kansas City because I wanted to be closer to family and I was looking to do something myself,” he says. “I wanted to share my experience in the business and bring something that I wasn’t seeing anywhere in the country to the city where I grew up.

“We hope to provide a workforce that will allow new animation companies to open and others to grow here in Kansas City. Our graduates will be some of the most sought-after artists on the market, and we have relationships with lots of studios to refer them to. In fact, in just one semester, they will be taught by about a dozen instructors currently working at top studios. These contacts are priceless.”

Student tuition at the Hollywood Animation Academy will be $27,000 a year for an intensive, two-year certificate program specifically designed for graduates to land jobs in the booming animation field, where starting salaries can top $100,000.

“The cost of college has gotten so out of control,” Dell says. “But the animation industry does not require a four-year college degree, so it’s not necessary to put yourself $150,000 or $200,000 in debt to go into the industry. And our yearly tuition is literally half of what most art schools are charging. I’m able to do it for less because we’re keeping the school small.

“We’re leveraging the new hybrid work environment by having teachers who are going to give instruction in online guest appearances once a week. So students will have online mentors who have done it all, and they’re going to have a lot of personal, one-on-one time on a daily basis with me. An advantage that we have is that our instructors are currently working in the business, so we’ll be aware of every new trend that comes along and adapting to it.”

Unlike traditional colleges and art schools that may offer largely introductory animation courses, the Hollywood Animation Academy will specialize in teaching detailed character animation, acting and storytelling, “the kind you see in cartoons or a Disney/Pixar movie,” Dell says. “We’ll also teach how to animate for video games, which is a completely different animal. Students will learn fight moves, how to traverse an environment, as well as animate giant creatures and cinematic scenes. It’s all fun stuff.”

Long before Dell had an inkling to animate anything, he was a typical ’80s teenager growing up in Overland Park who was into cartoons and comic books — the weirder the better. He taught himself how to draw by copying rebellious Rat Fink art by Ed “Big Daddy” Roth, sexy science-fiction/fantasy comics in “Heavy Metal” magazine and masterful horror comics by legendary “Swamp Thing” artist Bernie Wrightson.

After graduating from Shawnee Mission West High School — indeed, he was in a class with future movie star Paul Rudd but didn’t get to know him — Dell had no immediate goals “beyond maybe airbrushing T-shirts at the mall,” he recalls. Then he found a forward path at Johnson County Community College, where his raw art skills were first fashioned into a commercial form, and he began building his portfolio.

“But the turning point was my mom had a friend whose son was going to California Institute of the Arts in L.A., and he was having a ball,” Dell says. “And I was looking for a different direction, because I didn’t see a job for me in Kansas City, in terms of art. Hallmark Cards was doing a lot of fuzzy animals, but there was nothing edgy, like the stuff that I liked.”

At CalArts, Dell fell in with the animation crowd, which both tested his fledgling talent and encouraged his expanding imagination.

“I was really fortunate,” he says. “I was in a class full of super talent, like some of the guys that ended up being the story team on ‘The Incredibles,’ and people that went on to direct on ‘Abominable,’ ‘The Chipmunks’ and ‘The Simpsons’ — and one year after I graduated, I was working on ‘Teenage Mutant Ninja Turtles.’ So I was just soaking it up, learning from them as much as I was learning from the school.

“And that’s a goal that I have for the Hollywood Animation Academy — to try to surround students with people who inspire them. Every student at the academy is going to have other talented kids sitting next to them and access to expert professional artists who will give them support on a daily basis to just continuously uplift their work.”

‘It’s All About Your Portfolio’

Since moving from the West Coast back to Kansas City last fall, Dell has been a frequent guest speaker at area high schools, where he can directly reach the demographic of students who may already be interested in filmmaking or animation or art. His informative and pragmatic pitch for the academy never fails to mention “the next 10 seconds.”

“I tell them that when you apply for a job, you get 10 seconds to earn the next 10 seconds,” he says. “And if you don’t have something in your portfolio that’s commercially viable to the studio that you’re applying to, you’re done in 10 seconds.”

That’s why, instead of taking the old-school approach of having animation students devote an entire semester to making just one 60-to-90-second film that may not even be commercial, Dell will have his students create 10 systematically diverse 10-second films
in a semester.

Ultimately, to get a good animation gig, “it’s all about your portfolio,” Dell says. “And what I’m trying to do is create a place where you get trained with a lot of focus in two years to specialize in animation and have a professional-level portfolio.”

“I believe I have a nurturing approach, but all of my students will need to know that the business is very competitive and that we do need to maximize our time. Nobody should be wasting their time thinking, ‘I want to get a good grade on an assignment.’ It’s more about building for the future in everything you do.”

Although Dell lacks a formal teaching degree, he’s had many educational role models.

“I’ve always kind of aspired to be a teacher,” he says. “My mom was an English teacher and a public speaker. And I’ve learned a lot over many, many years of working with and being inspired by people who are amazing artists, like Eric Goldberg, who animated the Genie in ‘Aladdin,’ and has become, in my opinion, the best animator of all time. I got to work with him on ‘Looney Tunes: Back in Action.’ He was the director of animation, and that was a dream come true.”

What did Dell learn from his animation hero?

“You can always be better than you are,” he says. “Even when you’re working with some of the best animators in the business, and you’re doing well, you can be working with someone who is infinitely better than you and you’re just in awe of their insight. They can give you notes on your scene that boil down to just the right amount of critique, not to tear your scene apart, but to strengthen
it with just a few comments.

“That’s something that I’d like to bring to students. And now, with the Hollywood Animation Academy, I will have that opportunity to show the better way.”