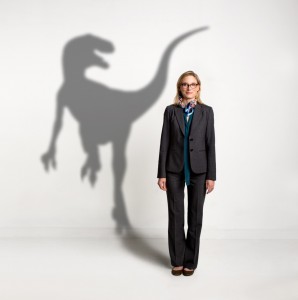 Executive Director Uli Sailer Das expects the first couple of weeks to be busy at the Museum at Prairiefire, located at 135th and Nall. The museum opens May 12, coinciding with the opening of the first phase of the Prairiefire project, conceptualized and developed by Merrill Companies.

The museum’s many ties to Kansas start as the visitor journeys into the Great Hall to see a full-scale, 40-foot cast of Tyrannosaurus rex, discovered in 1908 by the world’s greatest dinosaur hunter and University of Kansas graduate, Dr. Barnum Brown. Originally from Carbondale, Brown went on to become the chairman of the paleontology division at the American Museum of Natural History (AMNH).

AMNH will be the main content provider to the Museum at Prairiefire, representing the first time AMNH has set up a relationship of this nature. “There will be two exhibitions from AMNH every year,” Das says. “In addition, other areas of the museum will present rotating content that will include unique, one-of-a-kind objects and stories. We need to have reasons for people to come back. Our exhibits will combine ‘roots and wings.’ Visitors will be connected to their local environment and history, and to the world.”

The first exhibition, Water: H20 = Life, opens May 12. It “invites the whole family to explore the beauty and wonder of water and illuminates one of the most pressing challenges of the 21st century: the sustainable management and use of this life-giving, but finite, resource.” This exhibition will come in from Colombia. The sneak peek exhibition, The World’s Largest Dinosaurs, was displayed at the National Museum of Natural History in Paris, France, before going on display at Prairiefire last fall.

One of the permanent installations at the Museum at Prairiefire is the Discovery Room, based on the similar model at AMNH, where children can experience sciences from anthropology to paleontology to zoology. Das says in New York, children and parents often have to wait in line and the museum staff has to limit the amount of time in the room because it is so popular and successful. The room at the Museum at Prairiefire is 5,000 square feet, almost twice the size of that in New York, and will integrate many of the lessons learned in New York. “It is an exciting space that has many materials for children to touch, and it emphasizes inquiry-based exploration,” Das says. Children and their caregivers will explore artifacts, specimens, puzzles and other scientific challenges.

Das, born and raised in southern Germany, started out at AMNH as director of business development and moved to the metropolitan area last fall. “I lived in New York for 15 years and now our son has a yard and the chance to see the moon every night,” she says.  She learned international business at ESB Reutlingen in Germany and cultural policy in graduate school at New York University, and is an alumna of the Studienstiftung des deutschen Volkes, the German National Merit Foundation.

The chance to lead the Museum at Prairiefire is a once-in-a-lifetime opportunity. “Helping make the museum at Prairiefire a reality is deeply meaningful. We are learning more and more that science, technology, engineering and math are critical in driving economic growth and innovation. For many young people, a museum or cultural center is the first place they get exposed to these topics. That exposure can help shape a career path, or simply help them make sense of the world,” Das says. An important strategy for the museum is playful engagement and inquiry. “Young children and students will make connections and learn the scientific method without even knowing it.”

The museum will also benefit from Project IGNITE, the museum’s metro-wide student advisory team. Students will meet regularly to provide input on exhibitions, social media, possible lectures, education programs and more. As part of their involvement to date, students took an inside look at how to build a large community initiative such as the museum, volunteer opportunities, increasing STEM awareness by meeting scientists on the cutting edge of research, weighing in on the Museum’s design and more.

Das says successful museums manage to be relevant to their visitors. “As an example, the Water exhibition will address a part of every visitor’s life. We all use water daily, and it is so ubiquitous that we often take it for granted.” The exhibition will provide background on this resource and its distribution and conservation that will allow people to see it with new eyes,” she says.

The museum will open with a significant membership base already established, thanks in part to visitor response to the “sneak peek” dinosaur exhibition. “The response of the public was significant and really exceeded everyone’s expectations. We sold many more memberships than expected. That speaks of the community’s excitement about this new institution. Visitors really enjoyed their experience, talked about it on Facebook, posted pictures. It’s a most encouraging sign.” Das says membership sales are close to the level projected to be reached by May 2015. “Kansas City has several good and wonderful institutions such as the National World War I Museum at Liberty Memorial, The Nelson-Atkins Museum of Art, and Science City at Union Station, but clearly people are still hungry for another museum.”

Das explains that the AMNH partnership allows the Museum at Prairiefire to provide world-class experiences “without flying to New York.” As the museum grows, there will be a sort of life cycle with new openings and changing exhibits. The museum will have a café, corporate event spaces and a museum store.  The other significant addition is a reclaimed wetlands, interpretive walkway and butterfly garden. The museum will also be an asset for school groups and educators. “We will provide a full suite of education materials for every AMNH exhibition that will be aligned with national standards, by grade level. I would love to see as many school groups as possible. We really want to extend our relationships with educators in the region and support their efforts of teaching children science and natural history.”

AMNH in New York was seen in Night at the Museum (although it was not called by its name). In the near future, expect sleepovers at the museum. “Imagine waking up in the museum next to T. rex,” Das says. In addition, “there will be a range of public programs, including lectures, workshops and a chance to meet scientists. I could even see performances such as jazz concerts. The opportunities and plans are still in development. We have AMNH to look to as we shape the museum. They have pioneered so many successful programs and offerings.”

For many, the Museum at Prairiefire will be a place to inspire moments of awe. “You know you have done a good job when visitors in an exhibition turn to each other and say, ‘Did you know this?’ or ‘Did you see that?’. That’s what we witnessed during the World’s Largest Dinosaurs exhibition and we hope to see that experience repeated over and over as we open the museum and present our programs.”