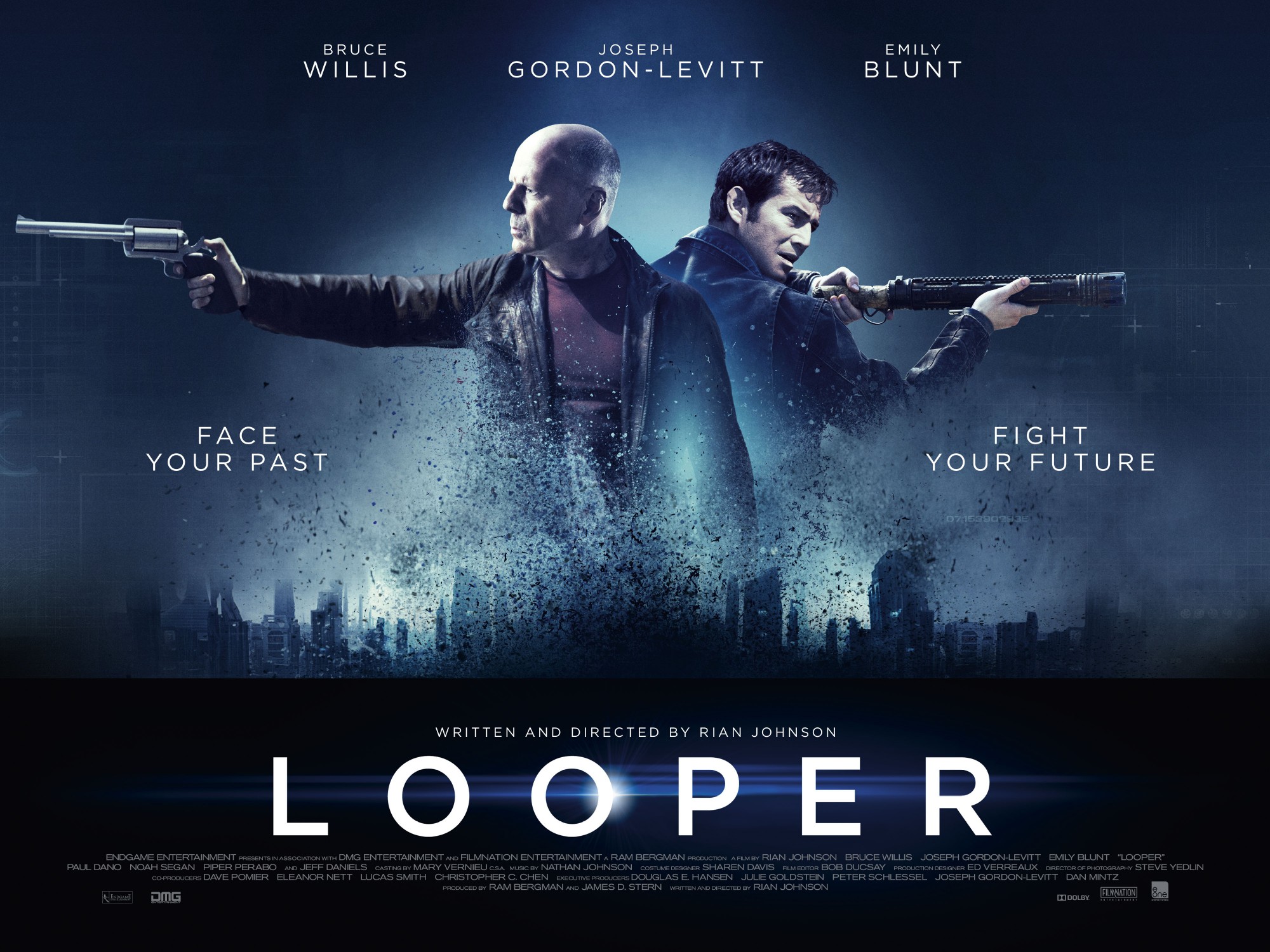 Some of you may disagree with me when I say this, but it has been a while since Hollywood has pushed out anything that was even close to catching my attention. Droughts of bad horror movies, geriatric heroes and want-to-be teenybopper “Glees” have done nothing to stimulate my inner movie snob.

“Looper,” written and directed by Rian Johnson (“Brick”), is a stylish, smart and extremely well made sci-fi epic that is layered with goodness. Starring Joseph Gordon-Levitt (“The Dark Knight Rises”), Bruce Willis (come on, you know who he is), Emily Blunt (“The Adjustment Bureau”) and Jeff Daniels (HBO’s “The Newsroom”), “Looper” brings a classic, intelligent approach to the overly used and nearly never done right, use of time travel.

In 2072, things done changed. Time travel has been discovered and, almost immediately outlawed, so naturally the world’s finest criminals have started using it for their own means. Need someone whacked? Yup? Send them back in time 30 years. Why you ask? Well because a group of assassins, named Loopers, have been hired on contract to kill whatever comes back. No questions. No fuss. Just a quick shot, dispose of the body and collect your silver earnings. Easy-peasy. Right? Well, sort of. Every now and then, a Looper ends of taking their future self out as a way of “closing the loop.” A “Thanks for your work, but your services are no longer needed” kind-of-a-thing. It’s the mob’s way of cleaning up the system.

And so, our hero Joe (Gordon-Levitt), is called upon to “close his loop,” but … umm, things go a little awry.

I think you see where this is going … or do you?

Rich in details, Johnson’s story quickly drops a few mental bombs on the audience when present-time Joe and future Joe (Willis) find themselves at odds. Both men, determined on their own goals, take you on a roller coaster ride that never really lets up and continually has you asking questions.

Stylistically, the movie is gorgeous. A hip, GQ Magazine quality of dress for the Loopers and (especially) our hero juxtaposed against a degrading society of graffiti, martial law and crime works so well together, that it’s extremely difficult to take you eyes away from the screen. Gordon-Levitt strides through every scene and makes doing bad look very good. It’s nearly sickening how good that dude looks in clothes. Not overly pretentious in forward-looking alien-wear, a classic noir style is used that, in my opinion, always makes something seem a little more special.

Along with that, all the actors give themselves to the story, making one hell of an ensemble cast. Willis is back to true bad ass form and is as much scary in his devotion to killing the “bad guy” “s he is heart-breaking in his devotion to the woman he loves. At the same time, Blunt knows how to carry herself and is strikingly strong as a mother barely keeping it together trying to protect her child. Of course Gordon-Levitt is the true star and his charisma brings it all together even in the slower-paced moments.

Of course, there are a few not so good moments. The story takes an odd turn that could turn a lot of audience members off. I liked it … a lot … but as the story evolves, it quickly turns its focus to a child and, while the kid is cute at first (and honestly, kind of cool) he quickly becomes creepy in an “Akira” or “Chronicle” kind-of-way. Along with that, there is a diversion for one of the characters that is a little too convenient that it makes you groan a little but, quickly redeems itself when the outcome turns into one of the best action scenes in the film.

But that’s nearly it. Well, except for the … well … never mind, I don’t want to say too much because, that’s how good the movie is and I think you should see it for yourself.

Visually gorgeous with a cast of characters that add a bold richness to the story, “Looper” is a film that definitely lives up to its hype. Never falling victim to holes that most time travel stories fall into, Johnson keeps the film as simple as he can and keeps the action moving forward. While maybe a little slow in a few places (maybe,) it’s clear that Johnson was in command of the story and knew exactly what kind of film he wanted to make. Gordon-Levitt shines as the lead and Willis adds a depth of bad-assery that few can match.

It’s about time audiences were treated to a smart, well-made and original idea.