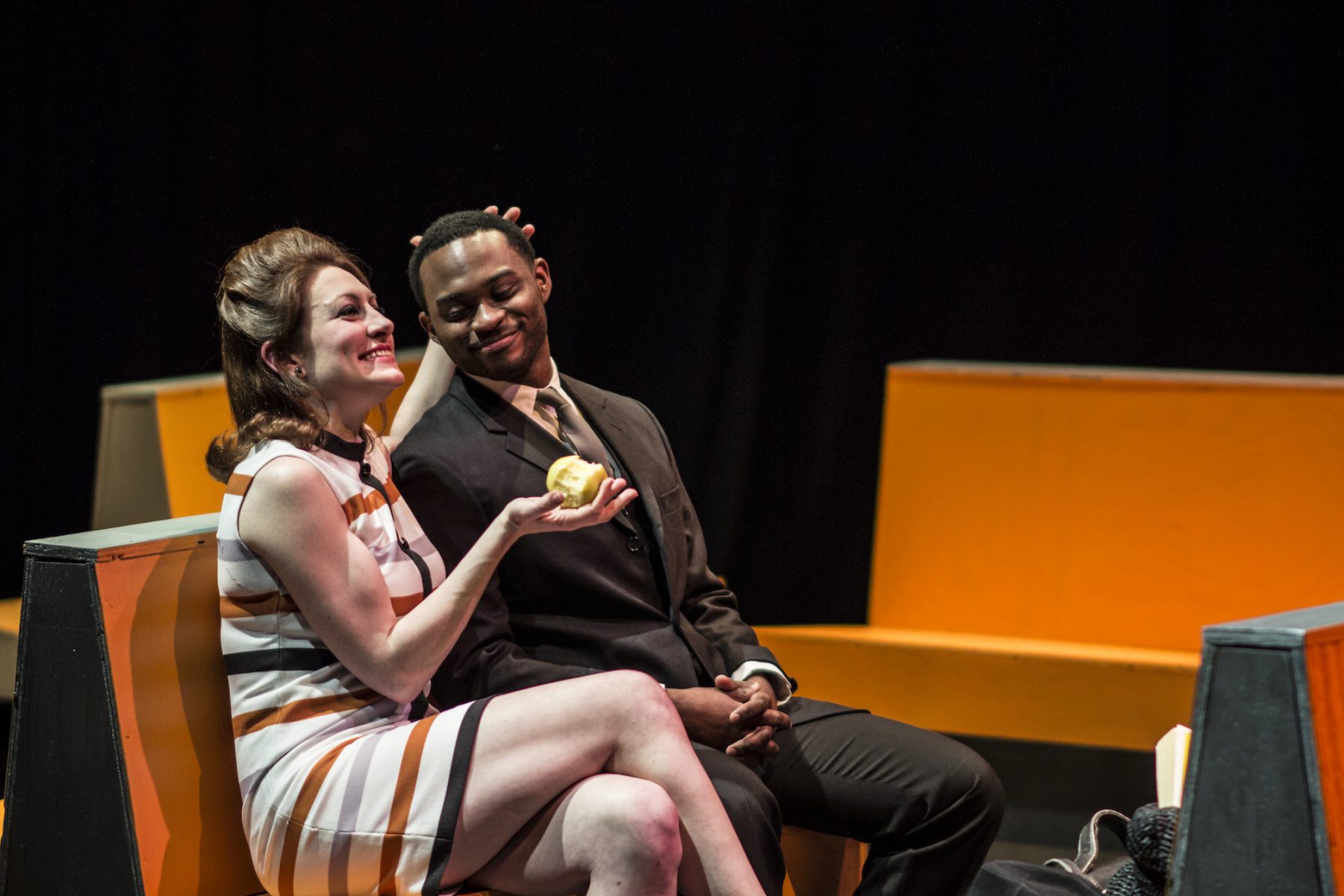 So the KC MeltingPot Theatre production of LeRoi Jones’s “Dutchman” is a slap-in-the-face change of pace that is most welcome.

Jones, who later changed his name to Amiri Baraka, claimed to have written the short, pressure-cooker drama in one night, supposedly inspired by the legend of the Flying Dutchman — a ghost ship doomed to sail the oceans forever. In the play, the ship becomes a New York subway car in which the brutal dynamics of racial hostility in America are played out again and again as the train travels an eternal loop.

The play stands as an accurate reflection of the rage many African-Americans felt, experienced and wrote about at a time when racism was entrenched in every part of the country, not just the South. It was first staged in New York only a few months before passage of the Civil Rights Act of 1964 and less than a year after the assassination of President John F. Kennedy. The Voting Rights Act of 1965 came the following year. The country’s legacy of racial enmity was being addressed directly by government and the arts.

Flash forward: Many Americans were lulled into a false sense of security during the Barack Obama presidency. After all, some progressive goals of the ‘60s had been realized — or so we thought. Then came Donald J. Trump, who was elected with the support of white nationalists. White rage now seems to be setting the agenda, which lends “Dutchman” a fresh relevancy.

The MeltingPot production, directed by associate artistic director Nicole Hodges Persley, fulfills the spare physical requirements of the play by representing the subway car with a simple arrangement of wooden benches. We first see a young African-American man, well-dressed with a polite demeanor, quietly reading, when a young white woman with a sexually aggressive attitude storms on board. Lula, the woman, strikes up a conversation with the man, whose name we learn is Clay. The conversation is by turns flirtatious, seductive and confrontational. The play builds from a calm opening to a frenzied conclusion.

The play is of its time, which is a nice way to say it seems dated in certain ways, but the actors bring this piece to life vividly. Frank Oakley III negotiates the transformation of Clay from mild-mannered commuter to enraged black man with impressive flexibility, although Clay’s ultimate fury needs to be brought up a notch. Laura Jacobs makes an indelible impression as Lula. She’s all attitude and physical aggression, and Jacobs takes the performance to the limit. This is essentially a two-character play, although it requires brief appearances by a conductor and other commuters.

Anyone unfamiliar with this work should understand that these aren’t conventional characters. They are symbols in a play that is less drama than parable. As a result we don’t have to spend much time or energy wondering about “motivation.” This is not a feel-good story. It’s a go-home-and-think-about-it play.

Baraka’s message is clear: An African-American can make a good-faith effort to assimilate into the broader society, but White America will destroy him — or her — nonetheless. That was an understandable point of view in the 60s. And it’s still valid. Despite Obama’s two terms, we seem to be back at Square One — as if all of us are trapped on that eternal subway car.

“Dutchman” seems unfortunately out of step with current sensibilities in one way. Because the white race is represented by a woman — a stand-in for Eve in the Garden — the play’s inherent misogyny is unavoidable. It’s a vision of women as corrupters of male purity. That’s a tough sell these days. We do, after all, live in a time when ego-driven men seem perfectly capable of corrupting themselves.

This is an admirable production, but I do have one complaint: This is a two-scene play which runs less than hour if performed uninterrupted. An intermission inserted between scenes is unnecessary and dilutes the tension.

Above: Laura Jacobs and Frank Oakley III star in the KC MeltingPot production of “Dutchman.” Photo by Nathan Lang.