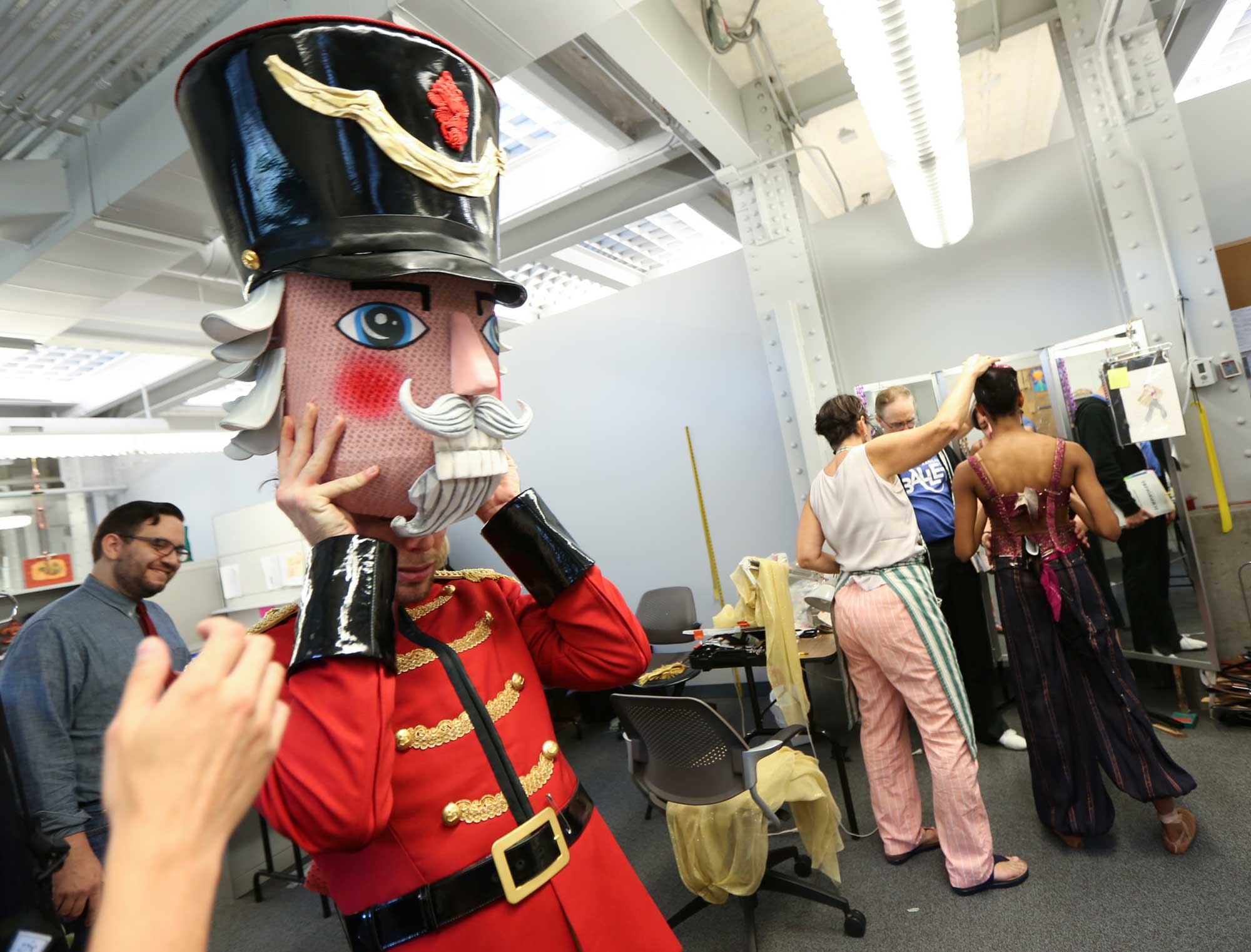 Tutus can tear wide open. Lights can fail at a critical moment. Scenic backdrops can get hung up and not appear before an audience’s waiting eyes. And dancers, bless them, might even miss an entrance – which makes it difficult to stage a proper twinkle-toes spectacle in the first place.

These and other potential pitfalls of a typical ballet are magnified for Kansas City Ballet artistic director Devon Carney, as he ponders his company’s ambitious 2015 reimagining of The Nutcracker.

At least the holiday show’s gently falling fake snow should be a snap. What could be simpler than that?

“The snow,” Carney points out, “could accidentally come down way too fast and look like an avalanche.”

Certainly, it’s Carney’s job to anticipate and prevent such “nightmare stories,” as he calls them, especially since The Nutcracker is a Christmastime bonbon for the mind, a beautiful dream of fantastical sights, elegant steps and unforgettable music.

But by building a bigger and better Nutcracker for Kansas City audiences, the challenges for Carney and his charges have also increased.

“The more technical stuff that you have going on, the more opportunities there are for malfunctions,” Carney says. “And that can be anything from a costume not working to—let’s just go bigtime—the Nutcracker’s head falling off when he’s onstage.”

Barring that yuletide disaster, there’s plenty of other stuff to worry about in the course of pulling off a top-notch Nutcracker.

“We have flying in the show that was not there before,” Carney says. “So we have to make enough room, not only for the sets to come in and out, but for human beings to safely fly into and out from the stage. All of these things have to be calculated down to the absolute inch.”

Presenting a significant organizational challenge to the production is the growth in children’s participation—up 35 percent from last year—with 212 kids playing 106 roles in two separate casts.

“It’s now a show where there’s plenty of opportunity for children to be involved,” Carney says. “And I aim for that. I love having them out there.

Persuading child dancers to embrace The Nutcracker’s new onstage choreography can be a test, as well.

Even with more Nutcracker roles available to youngsters, Carney says, there are still some who don’t make the cut and are understandably unhappy: “Everybody says the same thing—‘Oh, stairwell of tears! Hallway of horror! Rocks of despair!’”

So how does Carney console kids who don’t get to tread the boards with the Sugar Plum Fairy? He doesn’t.

With any luck, Carney’s new Nutcracker will be a smashing success and he won’t have to learn too many lessons from it, although the troupe’s chief troubleshooter pledges to take copious notes during the run, just in case.

What’s his greatest fear of something going, well, you know, wrong?

“Let’s hope that the curtain goes up for starters,” he says. “Because if the curtain gets snagged at the very beginning of the show, what are we going to do? I’m going to come out in front of the curtain and do a time step?”

Above: KC Ballet dancer Charles Martin tries on his Nutcracker costume for the first time. (Photo by Jim Barcus)