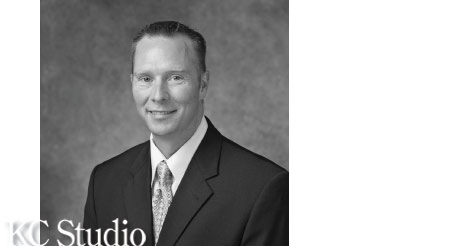 Kansas City’s own jazz legend Charlie Parker once said, “Music is your own experience, your thoughts, your wisdom. If you don’t live it, it won’t come out of your horn.” While these words are strong, they may be a little hollow for budding and hopeful musicians who want to play an instrument, but can’t because of financial issues.

Mike Meyer of Meyer Music along with FOX 4, united to create the Band of Angels about three years ago to remedy this situation. Meyer Music and FOX 4 are civic-minded and sought a community service project. He had read about other music stores attempting to give new life to older instruments. In repurposing instruments, the groups found young and eager students. “There are folks out there who have an instrument sitting in their closets, collecting dust. What if they made those available? We are providing the conduit to get instruments to the schools and the right hands,” Meyer says. The instruments are for band or orchestra.

To this end, he has six educational representatives who cover a 150-mile radius and perform a sort of guerilla marketing, seeking input from schools and districts. Students are identified who may have a financial need and an even stronger desire to be a musician. There is a vetting process, but the joy comes with the stories of why students want to play and the parents who want to give their children some help. “For many of us who play, we have fond memories,” he says. “Why not let somebody else continue that happiness?”

Community Affairs Director/Executive Producer at WDAF-TV FOX 4 Carrie Hibbeler and Meyer hoped to see about 50 donated instruments the first year; they ended up with 275. More than 1,000 instruments have been donated and 750 have been placed in the hands of promising musicians.

When an instrument is beyond repair, the metals and other parts that be salvaged are sold. That money is added to a scholarship program to send children, tweens and teens to music camp. They even had some help from the FOX 4 morning team, Gaslight Grill and Conan O’Brien’s house band member, Mark “The Loveman” Pender, from Kansas City and a graduate of Grandview High School. He plays trumpet and sings. Meyer met Pender at an instrument manufacturing convention. The two talked and the benefit concert took place. “He’s now on our board, hoping to encourage kids,” Meyer says.

Meyer is full of stories about student successes. He recalled a young man from Raytown who needed a student-level full-sized cello. Now the student is aiming to move onto college and Meyer is preparing an artist-level cello. “I am humbled and overwhelmed to be able to do this,” he says.

He is also one to not pass serendipity by. When the Meyer family attended a Yamaha seminar, he heard Tony De Sare, a pianist and singer who falls somewhere in the category of Harry Connick Jr. and Michael Buble. “We booked him for Jazz in the Woods and I worked it out to have him offer a private concert to benefit the Band of Angels and then make a store appearance too.” Jazz in the Woods is June 14-15.

Meyer hopes Band of Angels grows. He wants to shepherd some of the youngest musicians from their first introduction to instrumental band or orchestra through their move to college. “I am part of a 47-year-old family business. My parents taught us to give back. It’s who we are as a family. Band of Angels means putting instruments in kids’ hands and getting them to music camps. Donors have wept because the instruments they are donating have great meaning and the parents whose kids receive the instruments are often overwhelmed in their thanks. It is a win-win-win situation. I am a conduit. My faith is often renewed because of Band of Angels.”