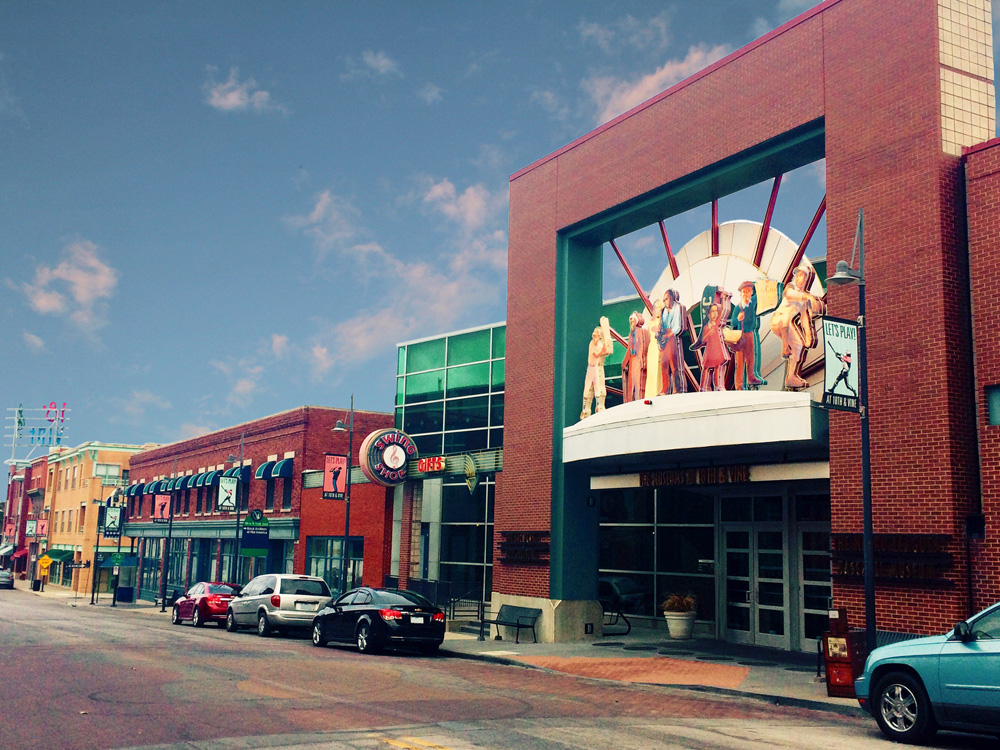 The American Jazz Museum emerged through the revitalization of Kansas City’s Historic 18th & Vine District. Community efforts, city-wide investments, and charitable support rekindled the musical legacy of the early 20th century. The opening of the American Jazz Museum marked an important moment in a fifty-year conversation about how best to preserve and build on the legacy of the local community. Due to national discriminatory policies and local residential segregation, African Americans in Kansas City built a thriving and dynamic community centered around 18th & Vine. Jazz – particularly the unique Kansas City swing – remains the sound of the community and one of its gifts to the world.

On September 5, 1997, the debut event, hosted by Billy Dee Williams, highlighted the best of national and regional talent including Dianne Reeves, Al Jarreau, Harry Belafonte, and George Duke as bandleader. Headliners also included Tony Bennett, Claude “Fiddler” Williams, Jay McShann, and Pat Metheny. The inaugural celebration lasted three days. While the opening gala on Friday night at the Gem Theater was a ticketed event, a large screen was erected on 18th Street where the ceremony was displayed live and for free to the local community. The following days were filled with seminar discussions featuring local talent, thrilling audiences as they were able to engage with local musicians all weekend.

September 2022 marks the 25th anniversary of the opening of the American Jazz Museum, and we look forward to commemorating the occasion with local visitors and tourists all year long. To kick off the celebrations, mark your calendars for Believe In: Legacy 25 on Saturday, April 30th. Believe In is our second-annual gala, presented both virtually and in-person, featuring the seven-time Grammy nominated Mingus Big Band. The band celebrates the music of composer and bassist Charles Mingus and can be heard in prestigious venues of New York City and around the world. It is an honor to present the Big Band on International Jazz Day to celebrate Charles Mingus’ centennial year and this landmark year for the museum.

To honor the 25th anniversary, we’ll also bring back our In the Yard celebration the weekend before Charlie “Yardbird” Parker’s birthday on August 29th, with a special awards recognition ceremony, film series, and stellar live performances. Additionally in September, we’ll open a banner exhibit honoring a quarter-century at 18th and Vine, set to run until International Jazz Day in April 2023.

Thank you to the Kansas City community for your continued support of the American Jazz Museum. If you are interested in sponsoring these special exhibitions and events, please contact Lisa Alpert, Director of External Affairs & Communications at lalpert@kcjazz.org.