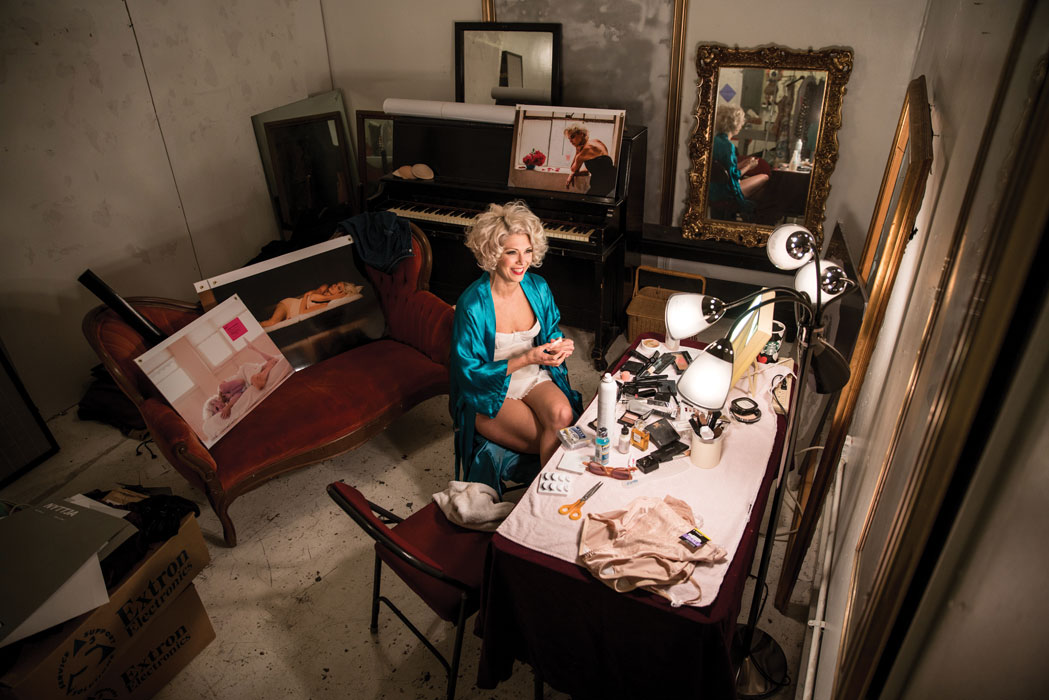 Actress Heidi Van, 38, was born in Kansas City, Kansas. After graduating from high school, she attended Saint Mary College in Leavenworth, Kansas, to get a degree in history, political science, and theatre. During her junior year she took a semester abroad in London and received an internship at the Gate Theatre, a fringe theatre in Notting Hill. “I painted the floor black, drove a truck and worked in the office. It was all the nitty-gritty behind the scenes work.”

“My biggest lesson learned in my career is if you’re not working, make the work for yourself,” Van said.

And the work came. Van toured nationally with the Seem-To-Be Players in 2003. She toured to the Pacific Northwest with Boom! An International Lost and Found Family Marching Band in 2011. Then she took a window play to New Orleans in 2010 and a show to Sweden in 2012.

“The Kansas City community supports your absence when your work calls you away,” Van said.

In 2009, with the help of crowdfunding and a couple of grants from ArtsKC, Van opened the Fishtank Performance Studio. “I learned how to apply for a grant from ArtsKC’s Grant Director Paul Tyler, and the importance of being fiscally responsible by requesting tangible items like lights and paint from crowdfunding,” Van said. “Being able to produce and perform in Marilyn/God at the Fishtank, and feel taken care of by the people I’ve nurtured to run the theatre is a career milestone. The Fishtank is a community of artists that support each other.”

Poet Glenn North graduated with an English degree from Rockhurst University in Kansas City. He then worked several years for AT&T, but the corporate scene didn’t jibe with North.

A friend persuaded North to move with him to Washington, D.C. until he could find his true calling.

“I thirsted for art and culture, which Kansas City didn’t have at that time,” says North.

North took a job working at the bookstore at Howard University, which only made him feel even more out of place in a sea of second and third generation wealthy Ph.D students. “I found myself struggling with my self-esteem,” North said.

Then North got in front of an audience with a microphone. He read one of his poems at a talent show on U Street in D.C. and received a standing ovation.

The next day everyone on campus called him “Glenn the Poet” and his identity was locked.

North moved back to Kansas City in 1997 and had his second wake-up call when he watched the movie Love Jones, a film about two black poets. “I knew then I wanted to make a living being a poet.”

However, Kansas City didn’t have clubs to do poetry slams, so North and two friends started the Verbal Attack at a small club at 19th and Vine that seated 60 people. At the first performance 170 people showed up.

Paid commissions started coming in. North was hired to do readings at the American Jazz Museum. That gig ran 10 years.

North performed at the 2012 ArtsKC Inspiration Breakfast and participated in the ArtsKC grants panel in 2013. He hopes to leave a legacy in Kansas City like Mbembe Milton Smith.

ArtsKC advances the careers of artists like Van and North through mentoring, promotional support and grants. ArtsKC Fund Campaign is the granting mechanism to make this happen. To donate to the fund visit www.UnleashtheArts.org.