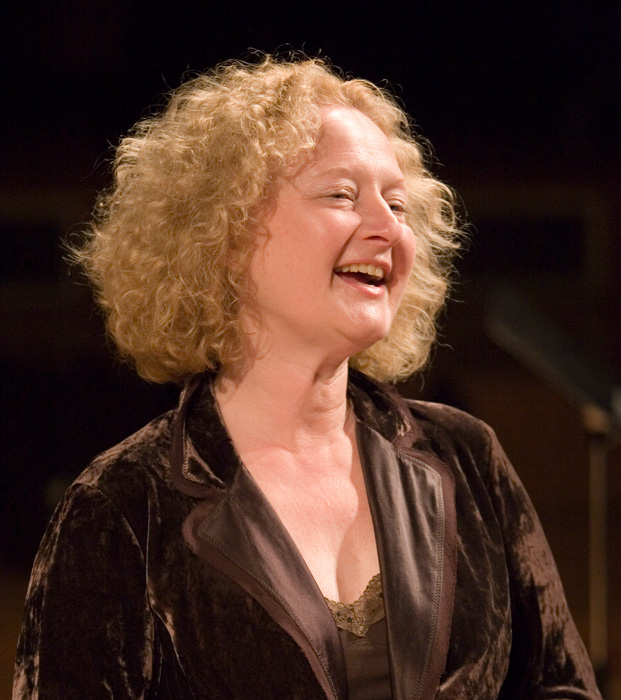 Presented by the Friends of Chamber Music, the Boston Camerata Teams Up with Te Deum and Lawrence Children’s Choir in a Timely New Reading of the Medieval Play

When “the writing is on the wall,” it usually indicates the end. For the Boston Camerata, it was just the beginning.

The phrase comes from the Biblical story of Daniel, when mysterious writing appears to a corrupt leader, an omen of his demise, and has been used on countless politicians since. The ensemble performs their new interpretation of “The Play of Daniel” (c. 1200) on Jan. 19 at Grace and Holy Trinity, presented by the Friends of Chamber Music.

“The Play of Daniel,” or “Ludus Danielis,” is a medieval mystery play from the early 1200s, created by the church youth of Beauvais, a town about 50 miles north of Paris, France. In the weeks between Christmas and Epiphany, when the typically stringent church leadership relaxed a bit, the young people reveled and rollicked, created this diverting and lively work, drawing from the Biblical story of a political prisoner who predicts the downfall of a king.

It was a chance to let loose, yes, but also an opportunity to speak truth to power. And if political satire has taught us nothing else, it is that you can call out corrupt leadership and have fun doing it.

The ensemble performs its 2014 version of “The Play of Daniel,” bringing in local ensembles Te Deum and the Lawrence Children’s Choir to assist in the storytelling.

Anne Azéma, Boston Camerata’s artistic director since 2008, created this edition to honor the ensemble’s 60th anniversary. Though the Camerata performed a version in 1983 (as have many other early music ensembles), this production was newly conceived, researched, cast and staged by Azéma, who also serves as narrator in the performance. “I thought it would be wonderful to look backward with reviving this play, but also forward, to bring a new way of responding to it, reflecting the world we now live in.”

The work comes from a manuscript, housed at the British Library, which holds the play and most of the music used in this production. The manuscript is a valuable resource, not only for the source material, but because of the comments in the text, something akin to stage directions, unique to this document, describing some of the emotions and movements of the characters.

“It gives us a window into the complex worlds (musical, spiritual, social) of 13th-century Beauvais,” said Azéma, who studied the manuscript closely in devising her version, informed by years of medieval study.

In the story, Daniel is an Israeli prisoner of war in Babylon who interprets visions. During a feast, in which King Belshazzar desecrates holy vessels from the Temple of Jerusalem, mysterious words appear on the wall. Daniel interprets the words and predicts Belshazzar’s downfall. Later, under the rule of Darius of Mede, Daniel refuses to worship Darius as a god, is thrown into the lions’ den, but saved by an angel and his accusers are condemned instead. So, a pretty happy ending, overall.

Azéma designed her edition to make the work readable to the modern audience, using simple costumes, lighting and movement, in addition to the music, to convey the story. “What is very interesting to me is that we are in a multi-layered universe, in which the musical content will lead to our understanding of the rest.”

These simple elements “leave something to the imagination. I believe that it is more powerful to let the most important aspects of music and gesture speak for themselves without too many added complexities.”

Paring down the elements also allows one to appreciate the music produced by some of the finest early music specialists, with the lead roles performed by tenor Jordan Weatherston Pitts as Daniel, Jason McStoots as Belshazzar and Joel Frederiksen as Darius.

And while not specified in the manuscript, Azéma’s version also includes instrumental accompaniment from Shira Kammen on vielle and harp and Karim Nagi on percussion, as well as choreography from dancer Indray Datta-Barua, adding texture to the monophonic melodies and intensifying dramatic moments.

Azéma came out to Kansas City in September to start work with the local groups and she was impressed. “I love doing that early work with people and sharing what we have accumulated over the years in preparing and performing medieval music, opening new worlds and vistas for singers around us. It’s the best part of my job,” she said.

Both choirs have integral roles in the play, serving as “the wheel that makes the story and the narrative turn,” Azéma said. The children instigate the play, finishing the Prelude saying, “We are the Youth of Beauvais and we have created this play,” and are witness to the events.

Though marked by comic moments, it is a work of warning and of protest, speaking both to the church hierarchy then and to the social and political unrest we are experiencing now. In fact, earlier this year (though not associated with or in response to this production), real life protests happened outside Boston’s Trinity Cathedral during the performance, as citizens spoke truth to power about current social issues.

“The Camerata is very committed to reflecting our place here and now, in 2017,” said Azéma. “Certain powerful past moments in music and in theater can help us sort out our discomforts and our hopes. The past can help us clarify and revivify our aspirations for the future.”

“We perform what is called, for lack of a better term, ‘early music,’ but we make music as living beings of today, just like the kids in medieval Beauvais,” she said.

Originally conceived as a playful jab at hierarchy and corruption, 800 years later “The Play of Daniel” remains a compelling, and entertaining, work of protest.

The Friends of Chamber Music presents The Boston Camerata’s “The Play of Daniel” at 7:30 p.m. Jan. 19 at Grace and Holy Trinity Cathedral. For more information and tickets, visit www.chambermusic.org